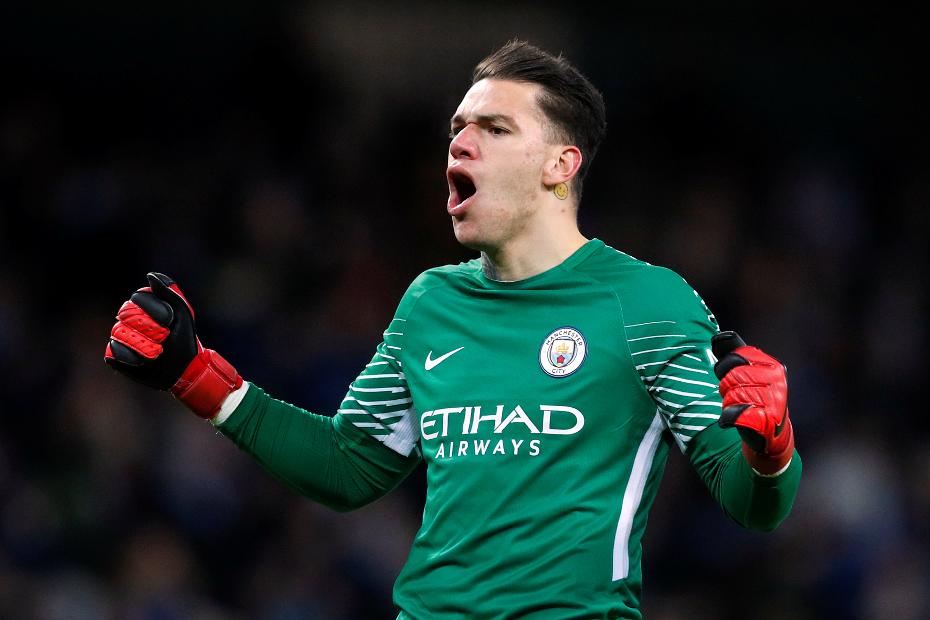 Adrian Clarke casts his tactical eye over five players who have impressed him from back to front so far this season.

Manchester City’s Ederson has the most cultured left foot that I have ever seen from a Premier League goalkeeper.

The Brazilian’s technique is exceptional.

He can drill goal kicks, volleys or rolling balls deep into opposition territory.

He is comfortable clipping lofted passes to either full-back or playing neat one-touch passes out from the back with as much quality as outfield players.

During a stellar debut season in English football, Ederson has redefined the standards of goalkeeping distribution.

The accuracy of his passing is on another level from his contemporaries.

Reaching a team-mate 84.9% of the time, albeit from a high proportion of short passes, Ederson is rightly regarded as an 11th outfield player when City are in possession of the ball.

Only nine of 35 goalkeepers used in the PL during 2017/18 have recorded a passing accuracy above 60%.

The numbers he has delivered are remarkable, as the table of best goalkeeper pass accuracy in a season since 2013 below shows.

City's manager demands his last line of defence to launch attacks with confident distribution under pressure, and his summer signing from Benfica is a complete natural in that department.

Knowing Guardiola’s side love to pass out from the back, many opposition sides try to pin them in with a high press on occasions, but Ederson is not at all fazed by that tactic.

Even when it is risky, he will try to pass the ball short as often as possible.

However, when that’s not on, Ederson is equally adept at firing long passes to the feet of the three forward players, bypassing the press with an unerringly precise 50-metre ball.

When it comes to composure and trust in his ability on the ball, there are very few 'keepers in the mould of Ederson.

Ederson has not just proved to have better distribution than Claudio Bravo, the man he replaced as City’s No 1, but his all-round goalkeeping has also been of a very high standard.

Making 44 solid saves, including one superb stop from the penalty spot, he has been a reliable shot-stopper.

However, the 24-year-old’s decisiveness stands out as his second-best attribute.

Naturally bold, and quicker off his line than most goalkeepers, he has made more accurate clearances sweeping up attacks played in behind his defence than anyone else in the division this season (see table below).

That is no mean feat when you consider how dominant City have been this season.

The outstanding Ederson has also completed 11 smothers at the feet of opponents (second only to Hugo Lloris) and is ranked eighth for most punches too.

He is a goalkeeper who makes positive decisions that almost always pay off.

Guardiola reportedly chased his services for two years before landing his man, and the Spaniard will regard that pursuit as well worth the wait.

He has been a resounding success.

It is clear that Ederson’s left foot fits in beautifully with City’s style, and it has transformed the way they build from the back.

I cannot think of another goalkeeper in the world who kicks as well as he does.

Part 2: Dunk showing shades of Terry in his defence
Part 3: How Emre Can became heart of Liverpool's midfield
Part 4: Shaqiri can shake things up for Stoke
Part 5: Vardy showing no signs of slowing down