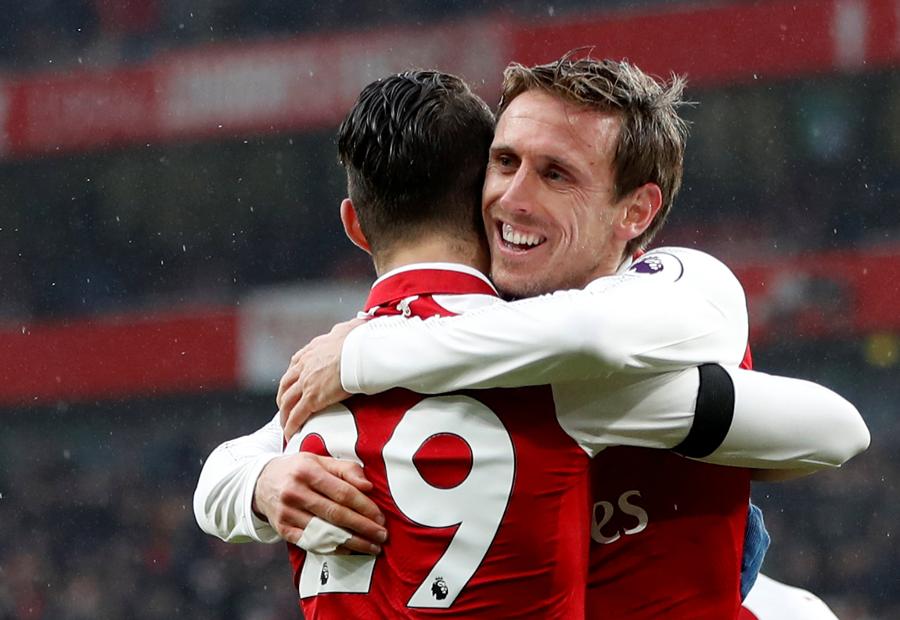 Arsenal defender can pair clean sheets with attacking points over a favourable run-in, reckons The Scout

Wenger on Giroud, Aubameyang and the window External Link
GW25 Ones to watch: Theo Walcott

The Scout is selecting five players to target ahead of Gameweek 25 in Fantasy Premier League.

The Arsenal defender has been something of a surprise package this season.

He has been directly involved in five goals, scoring three and assisting two, more than in any of his past five campaigns.

The statistics show how Monreal has offered more in attacking areas.

He has had a shot every 130.7 minutes and created a chance every 154.4 minutes this season.

Monreal is also established as a star performer in the Bonus Points System (BPS).

He tops the Arsenal ranks on 502 BPS and sits fifth for FPL defenders overall.

That has translated to 13 bonus points, again placing him fifth.

The schedule also hands Arsenal and Monreal a favourable end to their campaign.

Monreal has played in each of those nine shutouts and looks the key option for FPL managers.

Given the freedom to attack from left-back, Monreal produced a stunning 16-point return in a 33-minute appearance against Crystal Palace in Gameweek 24.