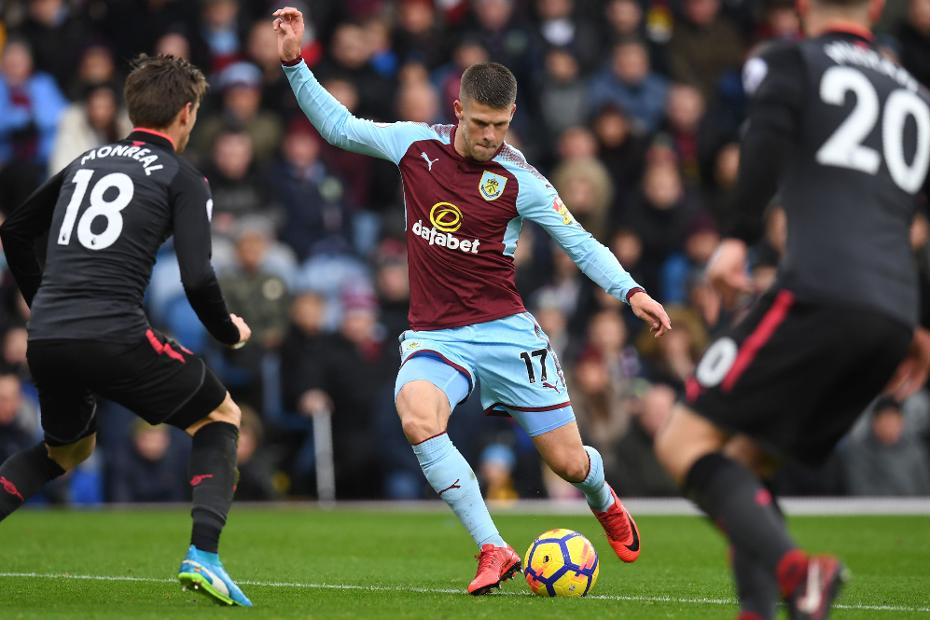 The value offered by Burnley winger can prove crucial for managers seeking Aguero, explains The Scout

Dyche: I've come to realise what it means to be here External Link
GW25 Ones to watch: Virgil van Dijk

The Burnley winger is showing the form that can propel him into the plans of FPL managers.

In the absence of the injured Robbie Brady (£5.3m), Gudmundsson has stepped up as a creative force for the Clarets.

He has supplied 14 goalscoring opportunities over the last four Gameweeks, more than any other FPL midfielder.

And despite facing both Liverpool and Manchester United during that spell, that tally of 14 includes three big chances (an opportunity the receiving player is expected to score).

Gudmundsson has moved up to a new level in recent matches.

He averaged a chance created every 62 minutes prior to Gameweek 20, but that has since improved to one every 25 minutes.

The Icelander has dominated set-pieces since Brady’s injury, taking all of Burnley's 14 corners over the last four Gameweeks.

Six of his deliveries have found team-mates, giving Burnley a corner conversion rate of 42.9%, the joint-highest in the Premier League with West Bromwich Albion.

That has helped Sean Dyche's men rank third for shots from set-pieces in this period, with 18 attempts.

It is an area that could lead to success against Newcastle United in Gameweek 25.

Newcastle have conceded 18 shots from set-plays over the last four Gameweeks. Only Brighton & Hove Albion, with 23, and Arsenal, with 21, have allowed more.

The trip to Newcastle is one of four matches over the next five Gameweeks to score only two in the Fixture Difficulty Rankings (FDR).

That can help the winger translate his recent form into FPL points to add to his tally of one goal and five assists.

Priced at just £5.0m, Gudmundsson can free up funds for investment elsewhere in FPL squads.

That could prove crucial with the demand for in-form Sergio Aguero (£11.8m) increasing.

As a cut-price midfield option, few can match the promise offered by Gudmundsson for Gameweek 25 and beyond.