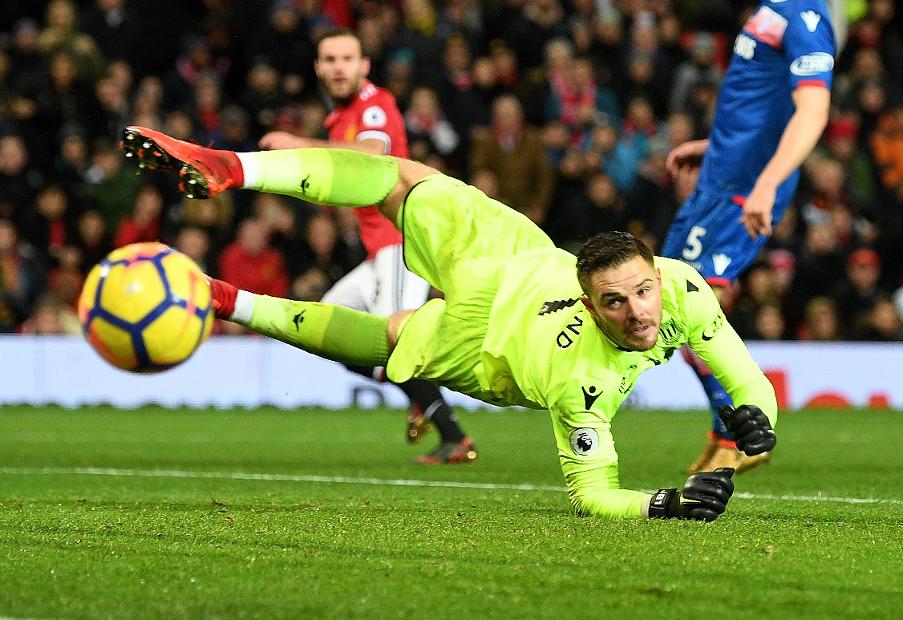 In-form Stoke City goalkeeper has a favourable run of fixtures to soar as an FPL option, says The Scout

Once a top target for FPL managers, the Stoke City goalkeeper can regain his status as a go-to option.

Butland's most recent performance, in a 2-0 win over Huddersfield Town, helped secure Stoke a first clean sheet since Gameweek 10.

He also claimed two bonus points, his first since Gameweek 2, and that could be the start of a flurry of points.

Stoke host Watford in Gameweek 25 to start a run of four fixtures over the next five Gameweeks scoring two in the Fixture Difficulty Rankings (FDR).

Gracia takes over a team who have not scored in two of their last three away matches.

Stoke also won the reverse fixture 1-0, providing Butland with one of only three clean sheets gained in 2017/18.

Despite failing to shut out opponents, he has kept his FPL tally ticking over.

He has made 38 saves across the last seven Gameweeks, nine more than any other goalkeeper.

With an FPL point gained for every three saves in a match, Butland has benefited from 11 additional points during that spell. Again this is more than every other FPL option.

With the victory over Huddersfield Town, a first under new manager Paul Lambert,  providing a timely lift, Stoke can kick on.

They have the fixtures to build on that performance, with Butland well placed to string together a run of clean sheets.

Add the potential for more save and bonus points and he can become the next value option to challenge David De Gea (£5.9m) at the top of the goalkeeper standings.