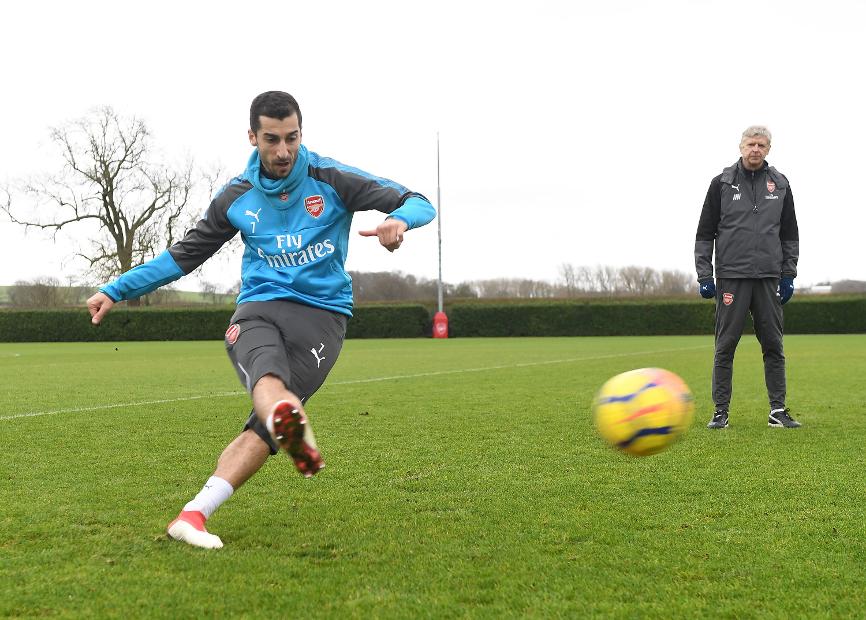 Wenger: Where Mkhitaryan will fit in our team External Link

He fell out of favour at Manchester United but there is no reason why Henrikh Mkhitaryan cannot flourish in the Premier League with Arsenal.

Quick, hardworking, skillful, technically outstanding, and blessed with an artistic eye, the Armenian looks an ideal fit for Arsene Wenger's attack-minded side.

Stepping in for the departed Alexis Sanchez will not be easy but from a similar attacking midfield position, Mkhitaryan will add a higher level of workrate than the Chilean.

On and off the ball he is always on the move, covering ground at speed.

So although he arrives with a reputation for not always stamping his authority on matches, Mkhitaryan's industry cannot be criticised.

He can add tempo to Arsenal's play.

When Arsenal press high I believe he will be an asset.

Playing for a United team who often opted not to close down in the final third, Mkhitaryan's willingness to harass defenders was sometimes a little wasted.

However, it is a duty he is more than happy to perform.

With Borussia Dortmund, Mkhitaryan frequently regained possession high up the pitch, and in spite of his restricted game time this term, the Armenian's 10 turnovers in the attacking third is surpassed only by Aaron Ramsey and Mesut Ozil at his new club.

He will look to nip in and make interceptions or tackles, whenever the Gunners press.

Mkhitaryan's superb return of 15 assists for Dortmund during 2015/16 helped earn him his move to English football, so from a creative perspective his debut PL season was a major disappointment.

Laying on only one assist and only 29 chances in total for United, at a rate of one every 46 minutes, he took a while to adapt.

This season, though, despite being regarded as dispensable by his former manager, the attacking midfielder's stats have significantly improved.

When it comes to minutes per assist or chance created, he compares favorably with the Gunners players he will be competing with for a place in the starting XI.

Only Mesut Ozil and Aaron Ramsey have more assists, with six each, and they have featured for many more minutes.

Mkhitaryan is in need of 90-minute appearances. Since scoring his last United goal in September, he has made only five PL starts, and was substituted between the 62nd and 66th minute in each of them.

Provided that his form is good, the 29-year-old should get longer to impress under his new manager at Emirates Stadium. Then his goal output and assist count can be expected to rise.

It will be hoped Mkhitaryan breathes fresh life into Arsenal's attack, especially away from home, where results have been disappointing.

With a point to prove and talent to burn, I expect the Gunners' new signing to be a hit in north London.