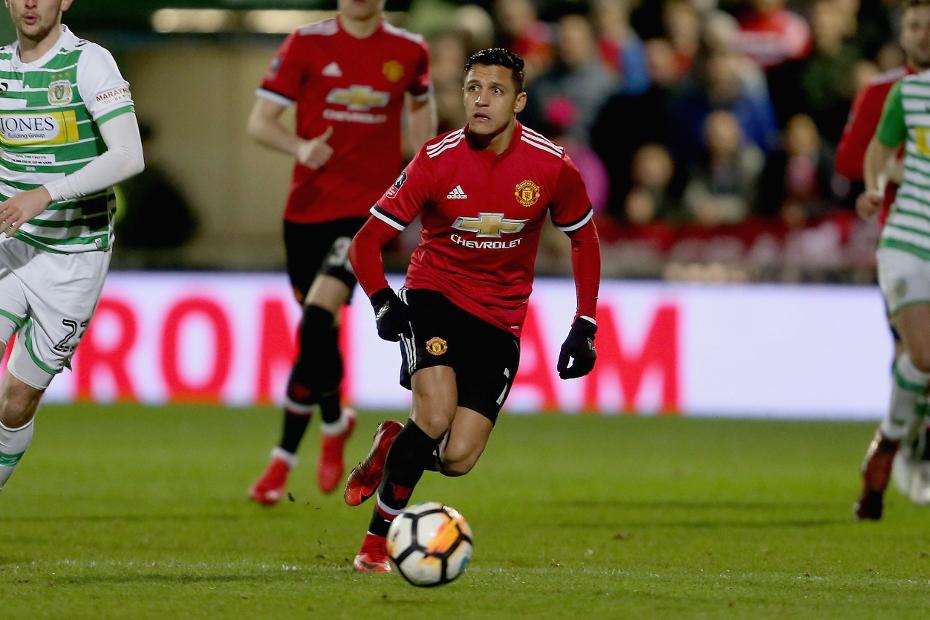 It is no surprise why Jose Mourinho was so keen to bring Alexis Sanchez to Manchester United. The Chilean is a world-class talent who scores and makes goals aplenty.

But how will he specifically improve the Red Devils after his move from Arsenal, starting at Wembley on Wednesday?

In my view it is Sanchez’s ability to turn half-chance opportunities into goals that will make the greatest difference.

At his best from turnovers or quickly constructed transitions of play, the forward’s decision-making in high-speed scenarios is usually excellent.

Rather than through a glut of goals, it is his creativity that is most likely to strengthen United.

During his three-and-a-half seasons with Arsenal, the 29-year-old consistently set up chances for team-mates.

His seven goals in 2017/18 might be fewer than he would have liked, but Sanchez’s knack of laying on opportunities continued at an impressive rate.

Statistically, Sanchez is head and shoulders above his United team-mates in finding an incisive cross or pass.

As a consequence, Mourinho’s side lag way behind their main Premier League rivals for carving out chances.

The arrival of Sanchez should help to bridge that gap.

This was on immediate display in his United debut last night in the FA Cup against Yeovil Town, where he created six chances, four more than any team-mate.

But, there are some aspects of Sanchez’s play that Man Utd supporters will need to adjust to.

For example, when play is building at a slower pace, he can frustrate with his distribution.

Holding on to the ball, he is often caught in possession while waiting for a gap to appear. Sanchez’s desire to force a through-ball, even when it is not on to do so, also leads to lots of misplaced passes.

This season he has lost possession 421 times, the most of any Arsenal player, and more than 100 ahead of the United player to have lost possession the most, Nemanja Matic with 312 times.

At Yeovil, he lost possession 31 times, 12 more than the next-highest team-mate.

Sanchez’s finishing has also been less accurate this term.

Last season was his best in English football by some distance. Was that a purple patch or something he can sustain over the coming seasons?

There is little argument over whether United have improved their forward line with Sanchez's signing.

He is a quality footballer who brings great energy, skill and purpose.

It will be interesting to see where Mourinho uses him most frequently, for he can perform with equal impact in any of the four attacking roles.