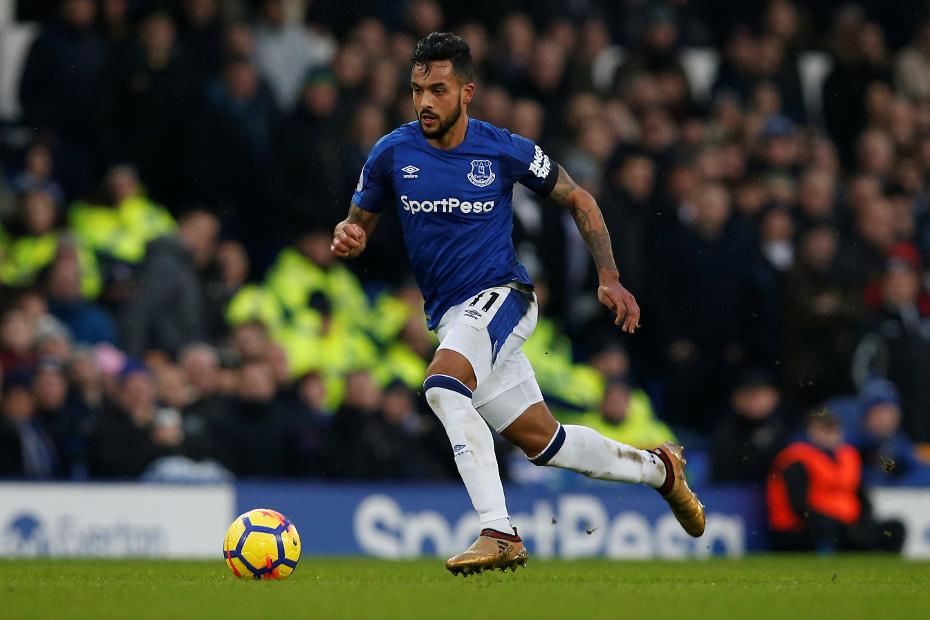 Signing from Arsenal can bring balance, pace and goals to a problem area for the Toffees, writes Adrian Clarke

It is easy to see why Everton manager Sam Allardyce targeted Walcott in the January transfer window.

This season there has been a lack of balance and pace in Everton's forward areas, restricting their attacking impetus.

Goalscorers have also been at a premium.

Thirdly, something needed to be done about the right side of their forward line, a problem area none of Ronald Koeman, David Unsworth or Allardyce had been able to solve.

For these reasons, the acquisition of Walcott makes perfect sense.

Various players have been used on the right of Everton’s attack but, aside from Aaron Lennon, who has just been sold to Burnley, none are naturals in the position.

Walcott, on the other hand, is ideally suited to the role and his arrival should bring stability to a starting XI that has too often changed.

A partnership with the returning right-back Seamus Coleman is also an exciting prospect for Everton fans.

Walcott likes to mix things up by adopting positions infield as a second striker. This will give Coleman the room he needs to overlap down the outside.

If the movement is sharp between these two, they have the speed to give opponents a host of problems.

On his debut for Everton Walcott was heavily involved against West Bromwich Albion, completing a respectable 52 touches.

He also created Oumar Niasse’s equaliser with a headed knockdown across the face of goal.

Based on what we have seen in 2017/18, Walcott can be expected to continue enjoying plenty of service at Goodison Park.

Across their 24 matches to date, 41% of Everton’s play has come down the right, the second-highest share on that flank among the 20 top-flight clubs (a third go down the left, while 26% go through the middle).

Despite their preference for right-wing raids, only 10% of Everton's shots have come from this side, the lowest percentage of any team.

Those statistics can be expected to change, however, for one of Walcott’s key strengths is to get shots off from that section of the penalty box.

When he pops up between the full-back and centre-backs, the 28-year-old is extremely dangerous.

Last season he scored 10 goals in 23 PL starts, at a rate of one every 192 minutes. His conversion rate stood at a respectable 20%.

If those numbers can be replicated for Everton, he will prove a big hit with the Goodison Park faithful.

With great speed and the ability to score from what is a problem position, Everton have a player who should thrive.