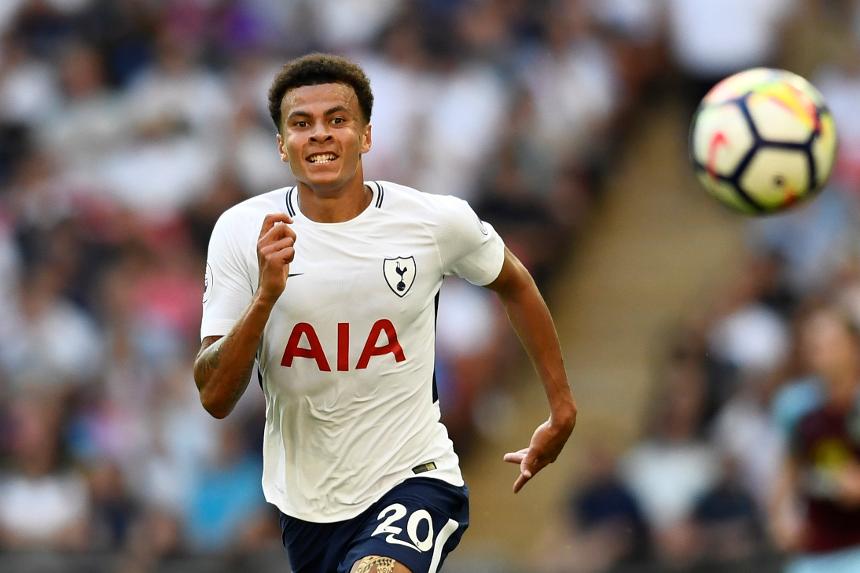 Fresh legs and home form, now is the time to put faith in Spurs midfielder

Tottenham Hotspur’s relocation to Wembley Stadium has not been a concern for the midfielder.

It is over his side's two home fixtures where he has impressed most this season.

Alli has averaged 3.5 shots per match in his two Wembley outings, compared with 2.0 in away matches.

He has also created more chances at home per match (3.0 to 0.5), and is on par with team-mate Christian Eriksen (£9.7m) for key passes, with six apiece.

The Dane currently has the edge over Alli in the overall FPL standings, by 30 points to 22.

He is also proving far more attractive in the FPL market, with more than 162,000 managers bringing in Eriksen.

Almost 15,000 of those have made the direct switch from Alli.

But the power could shift over the next month.

Alli is likely to play more minutes, both in Saturday's meeting with Swansea City and in the Gameweeks to come.

He will miss the next three UEFA Champions League encounters through suspension, starting with Borussia Dortmund on Wednesday night.

So while manager Mauricio Pochettino could preserve Eriksen's legs in Premier League matches, Alli will likely be given the full 90 minutes.

This was the case last weekend, when Eriksen was replaced with 20 minutes remaining at Everton.

That could be significant given Spurs' schedule.

Their next four matches all score two in the Fixture Difficulty Rankings (FDR).

Saturday's meeting with Swansea begins that run and is an enticing prospect for FPL investors.

No team has conceded more shots (78) or big chances (10) than Swansea this season.

Pochettino's side also enjoyed their two meetings with the Welsh club in 2016/17, scoring eight goals.

Alli supplied a goal and an assist when the two teams last met in April, topping the ICT Index in the 3-1 victory with a score of 17.1.

A repeat performance would emphatically confirm that now is the prime time to put faith in the England midfielder.