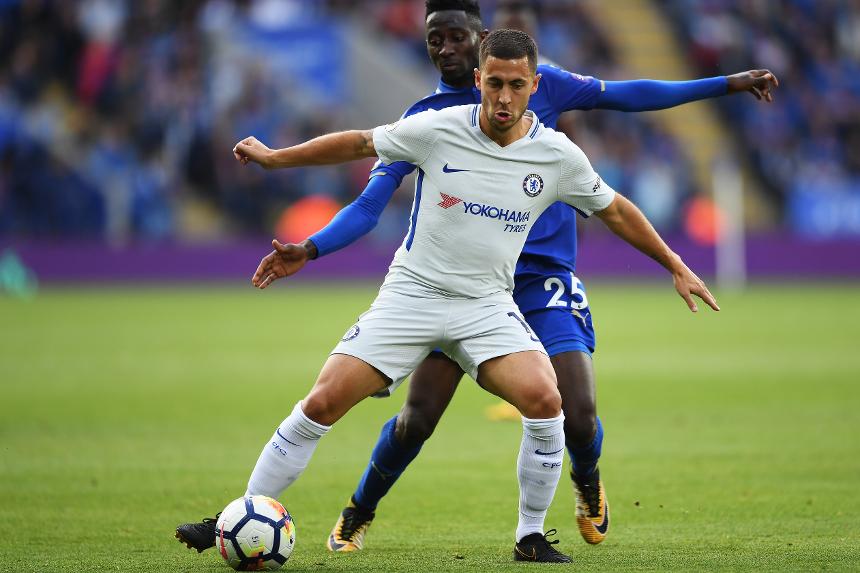 The winger's form at Stamford Bridge should have FPL managers and Chelsea's next opponents, Arsenal, on high alert.

Hazard produced 12 goals and three assists at home last season. On the road he managed only four goals and two assists.

He also averaged 2.6 shots per match at home, compared with 1.6 away.

Arsenal visit the champions in Gameweek 5 with a less than convincing defensive record.

Only West Ham United (10) have conceded more than their eight goals this season.

In fact, he has scored in three of his last four home PL appearances against the Gunners.

Head coach Antonio Conte looks poised to unleash Hazard for a first start of the season on Sunday.

Having recovered from an ankle injury, he was introduced late from the bench at Leicester City on Saturday and earned 32 minutes as a substitute in Tuesday's UEFA Champions League victory over Qarabag.

Penalties are a key factor when comparing Hazard with other premium-priced FPL midfielders.

The Belgian is expected to remain as Chelsea's designated spot-kick taker, fending off the claims of Alvaro Morata (£10.2m).

An improving schedule should also boost his prospects.

Four of Chelsea's next six matches score only two in the Fixture Difficulty Rankings (FDR).

That provides a platform for Hazard to reinstate himself as an FPL heavyweight.

His ownership is unlikely to remain at 2.3% for very long.

And if he delivers a first big tally against the Gunners, it could spike dramatically, forcing FPL managers to revise their midfield plans.