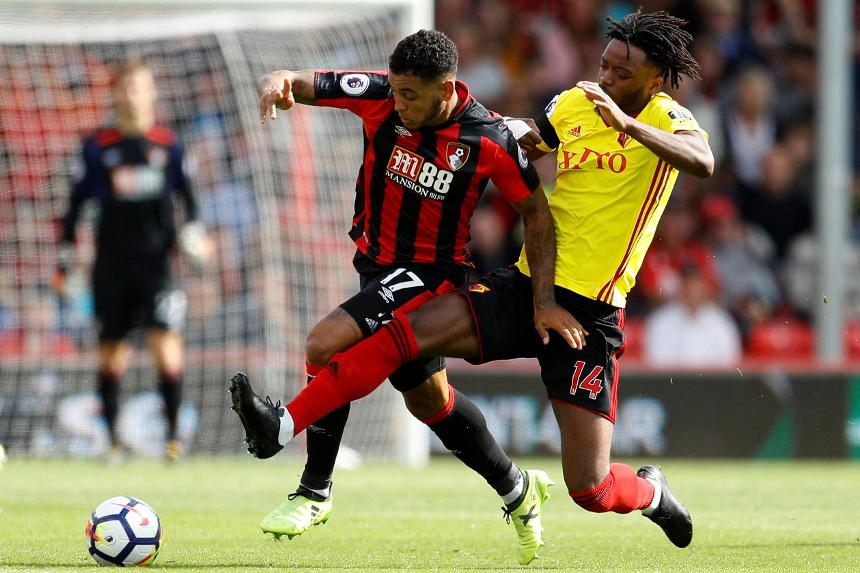 If AFC Bournemouth are to kick-start their season against Brighton & Hove Albion, King is likely to be the key man.

The Cherries are still without a point and have scored only a single goal. But King has been unfortunate.

He struck a post in the Gameweek 3 defeat to Manchester City, and the statistics hint that he could soon start replicating last season's scoring form.

In 2016/17 he totalled 16 goals and three assists to deliver outstanding value as an FPL midfield option.

Over that campaign, he averaged 1.9 shots and 3.8 penalty-area touches per match.

Despite failing to find the net this season, King (now reclassified as a forward) has maintained those levels.

He has averaged 1.8 shots per match, while his touches in the penalty area have increased to 5.2.

King has registered more shots (seven) and penalty-area shots (six) than any team-mate.

Many FPL managers are currently seeking a new mid-price solution in attack.

Part of only 2.6% of squads, if he can ignite AFC Bournemouth’s season against the Seagulls, he could prove a major differential for Gameweek 5.