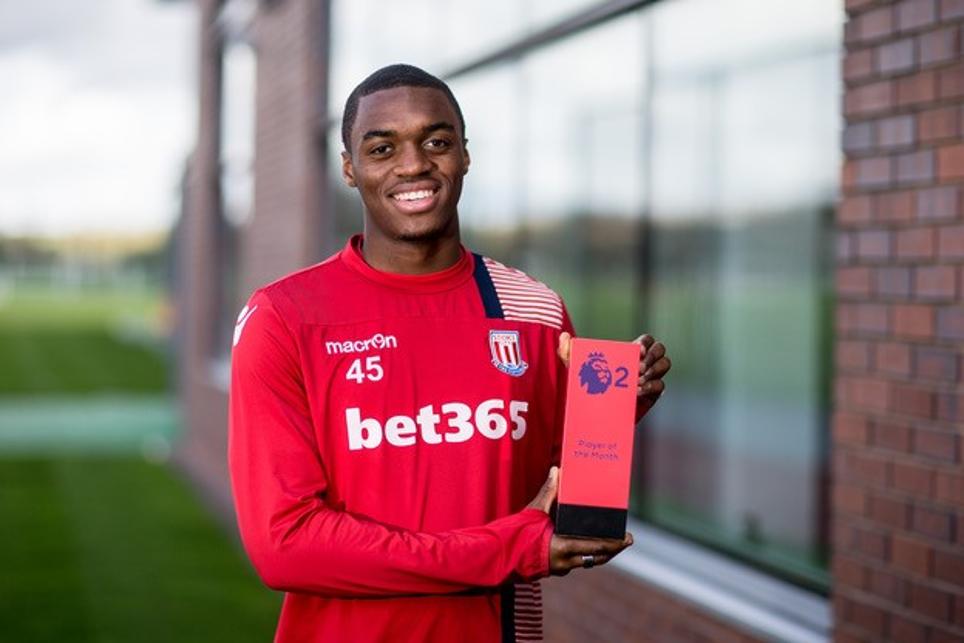 Stoke City's Julien Ngoy has been named the Premier League 2 Player of the Month for March.

"It's a great feeling, people know how long I've worked for it," Ngoy said. "I want to play more regularly with the first team, to score, make more assists. I'm sure I can achieve my goal."

The Belgian striker, who has five senior Premier League appearances to his name this season, scored in each of his Premier League 2 Division 2 outings for Stoke City, against Norwich City, Wolverhampton Wanderers and West Ham United during March.

"Julien's progressing really well," said Stoke's first-team manager Mark Hughes. "We're pleased with the progress he's made. Next year's a big year for him and if he continues in the same vein then he's got a great future."

He was selected by a panel of the Premier League Football Development from a shortlist generated by a poll of all the PL2 managers, who nominated the best individual performance from their opponents throughout the month.