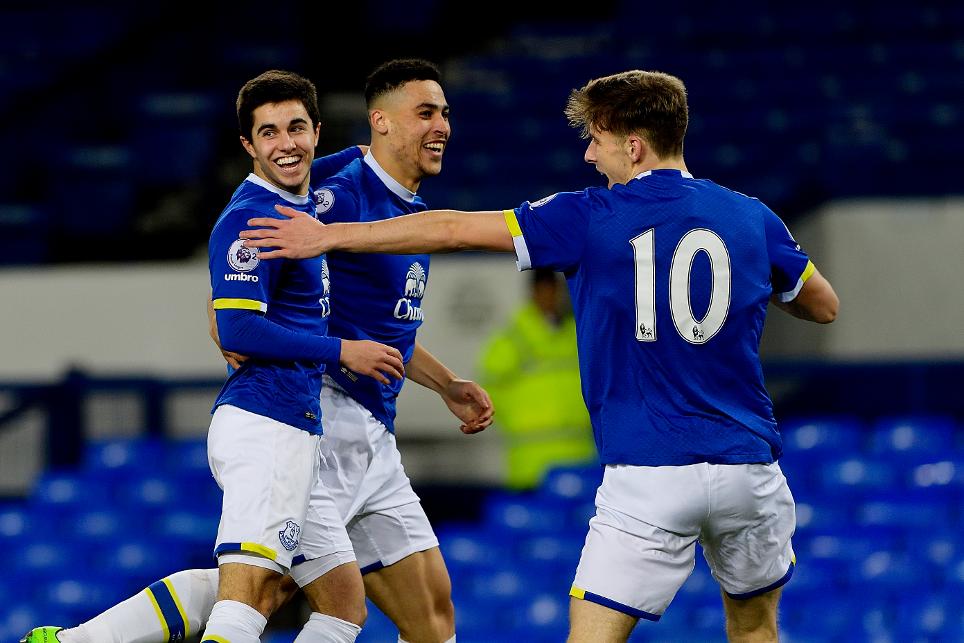 Goals from Walsh and Dowell see off Southampton in front of 5,500 spectators at Goodison Park

Strikes from Liam Walsh and Kieran Dowell secured a 2-0 win over Southampton that restored Everton's six-point lead at the top of Division 1.

Walsh netted a fourth-minute opener in front of a bumper crowd of 5,500 at Goodison Park, who helped raise funds for "Home Is Where The Heart Is", a campaign led by David Unsworth's players to help vulnerable young people in Merseyside.

Saints remain in eighth place, one point above the relegation zone.

Everton's next fixture is away to Portsmouth in the Premier League Cup at Havant next Monday, while Southampton face Newcastle United in the same competition at Whitley Park the previous day.