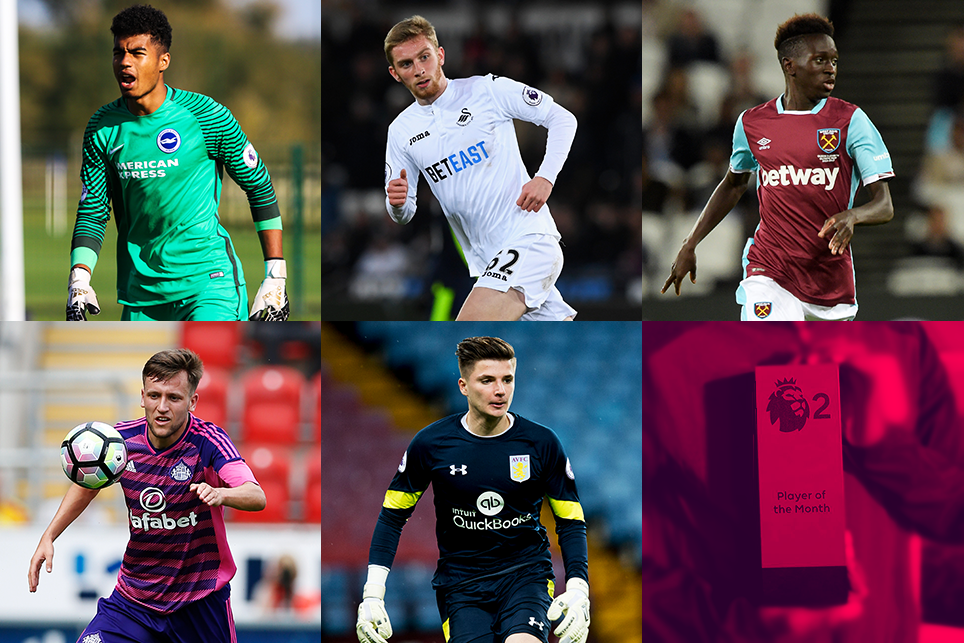 The five players nominated for January's Premier League 2 Player of the Month have been revealed.

They were selected by a panel of the Premier League Football Development Department after PL2 managers had nominated the best individual performance from each of their opponents last month.

The 20-year-old forward scored six times for Swansea in PL2, where the club are clear leaders in Division 2, and in the EFL Checkatrade Trophy. He was also called up to the senior squad on a couple of occasions.

The 17-year-old forward is nominated for the second time this season, after being on the shortlist in October.

Quina did not score in January but his performances were enough to earn the nominations of his opponents’ managers.

The local-born 18-year-old defender starred as Sunderland conceded only once, to leaders Everton, in three Division 1 matches in January.

The 19-year-old goalkeeper is looking to become the second player from Aston Villa to win the award this season, after Rushian Hepburn-Murphy claimed it in September. He impressed by keeping a clean sheet in the goalless draw with Middlesbrough, one of two appearances in January.

The winner will be announced on the morning of Friday 10 February.