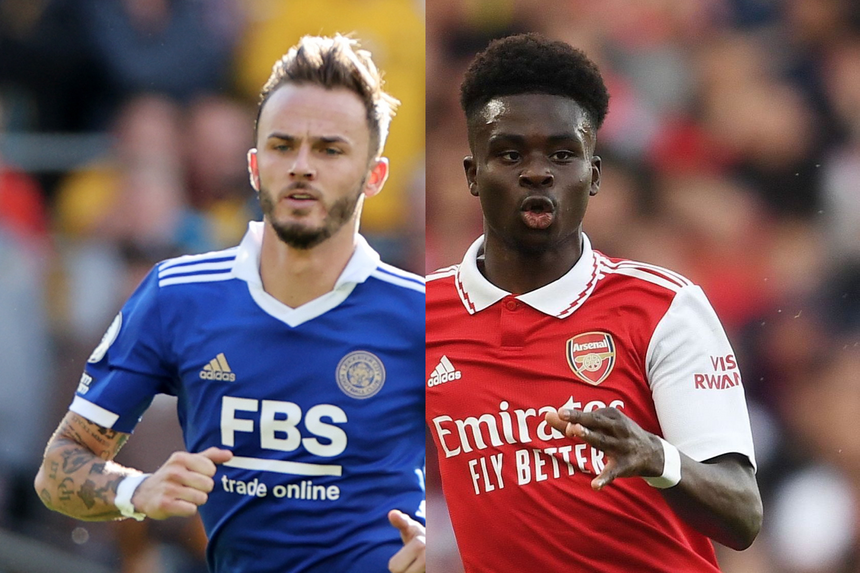 It's always useful to have a slot for an £8.0m midfielder since there are so many excellent options available to hop on or off around fixture swings.

Luis Diaz (£7.8m) should be back fit soon but I think Bukayo Saka (£8.0m) is the standout pick in this bracket with secure minutes in an Arsenal side that are top of the table and scoring lots of goals.

The all-round potential of James Maddison (£8.2m) makes him my favourite pick. The Leicester City playmaker has produced 39 shots and created 31 chances. He is the only midfielder to rank among the top four for both statistics.

A lack of European competition for Leicester reduces any chance of Maddison being rotated and arguably makes him the most secure starter in this bracket.

The £8.0m midfielder slot was one that I was very keen on in Gameweek 1. However, over the early part of the season, the players didn't perform in the way that I was expecting. But the later Gameweeks have seen a shift. Now there's a wealth of great options including the likes of Saka and Maddison.

However, it’s Dejan Kulusevski (£8.0m) who is my preferred pick. The Tottenham Hotspur star has recovered from injury and his country, Sweden, were not involved in the FIFA World Cup 2022. Spurs also have nice fixtures and could also have a Double Gameweek 20.

West Ham United’s fixtures mean Jarrod Bowen (£8.0m) could be a great differential too. I am also keeping an eye on Liverpool’s Diaz. If he is fit to play in Gameweek 17 he could be a brilliant pick for their nice fixture run.

There's definitely still value in the £8.0m midfield price bracket. Manchester City's Phil Foden (£8.3m) will still be at the front of my mind, assuming he comes back from Qatar in good shape, but it looks like Diaz will be available for Liverpool and back on the radar.

The Colombian has three goals and two assists in eight appearances this season, and Jurgen Klopp will need one of his key attacking players fit and firing when the Premier League resumes on Boxing Day.

There are still plenty of options in the £8.0m bracket, with some excellent players at very affordable prices. Saka, Maddison and Foden are three that can easily slot in as a second or third midfielder in our squads.

The £8.0m midfielders are still at the forefront of my thinking. I will certainly be keeping a minimum of two slots in my team for this price point.

Foden, Saka, Kulusevski and Diaz can rival any premium players at their respective clubs.