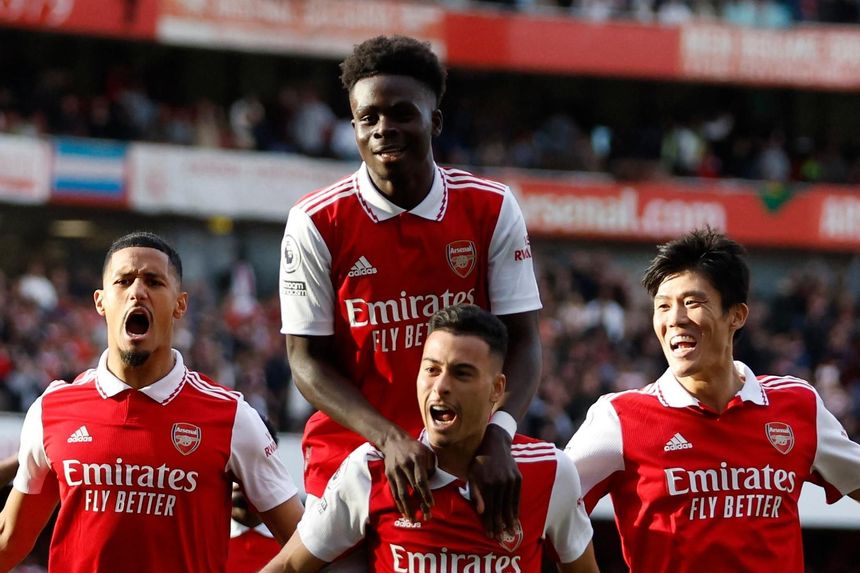 Arsenal have a Double Gameweek 23 and some decent fixtures before that. Points seem to be fairly spread out in that team which is why I'll be looking at value picks. Ben White (£4.7m) has done well for me so far and is the best budget pick in that defence.

I'm not that keen on Arsenal's fixtures so think just one or two players is sensible. Their attacking players all have similar potential so it makes sense to go for the cheaper Gabriel Martinelli (£6.8m), and if you want a defender I'd opt for White as the cheapest option. Their centre-backs have had some attacking returns but are not reliable enough to be worth the extra money.

A triple-up from the current league leaders feels a must. In defence, White offers value, even though Gabriel (£5.2m) stands out as the one with the highest potential for attacking returns. I will look to double up in attack by pairing Martinelli with either Gabriel Jesus or Bukayo Saka (both £8.0m). The latter will depend on how far England get to in the FIFA World Cup.

If tight for budget, then Martin Odegaard (£6.4m), who is resting over the break due to Norway not qualifying for the FIFA World Cup 2022, could also be a shrewd pick.

As Arsenal top the league heading into Gameweek 17 it makes sense to invest heavily in their players, especially with a Double Gameweek 23 on the horizon. With four clean sheets in their last five matches, investing in two defenders could be the best way to double up. White offers great value for money alongside Gabriel or William Saliba (£5.3m).

The midfielder slot is more difficult as Saka and Martinelli look good, although both have progressed in the FIFA World Cup so will have longer away. If forced to choose between the two then Martinelli's price sways me towards him, especially as this allows for more premiums by saving budget.

I am tipping the fit-again Oleksandr Zinchenko (£5.0m) to re-establish himself as Arsenal's go-to defender in Fantasy. The Ukrainian's potential for returns at both ends of the pitch, as well as bonus points, makes him an appealing pick with just eight per cent ownership.

The value in Arsenal lies in their defence and in midfield, with White, Martinelli and Saka the standouts.