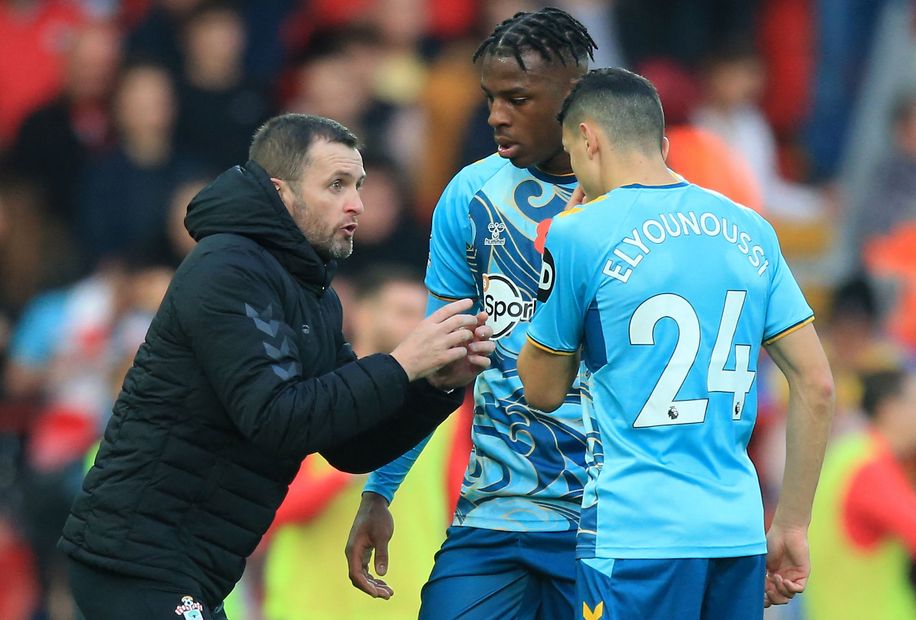 A bright and flexible tactician, Jones demands intensity from his Southampton players, in and out of possession.

At former club Luton Town, Jones' side were super-fit and aggressive in their work. These two facets of the game will be non-negotiables as he bids to re-energise Saints' fortunes.

Southampton were a strong pressing side under previous head coach Ralph Hasenhuttl, and that trait will form the basis of Jones’ work with the squad he has inherited.

No matter which formation he adopts – Jones has never been married to any specific shape - the Welshman will ask his forwards to work hard by closing down defensive players.

His teams defend from front to back and are good at unsettling their opponents’ rhythm.

As the stats highlight, Luton were superb at disrupting teams inside their own half.

No Championship side produced more ‘pressed sequences’ and they were second only to West Bromwich Albion for winning high turnovers in the division.

There will be plenty of occasions where Southampton are forced to retreat into a low block, but when there are opportunities to earn regains in advanced areas, expect them to be forceful in the press.

Jones’ track record proves he is tactically versatile and able to deploy a formation and style of play that suits the players at his disposal.

When he secured Luton's back-to-back promotions from League 2 to the Championship, they usually set up in a 4-4-2 diamond and were renowned for their fast and fluid patterns of play.

They scored 184 goals across those two campaigns.

At Championship level, where Luton were regarded as underdogs, Jones was more pragmatic, and adopted a non-possession-based approach, often with a three-man defence and wing-backs.

Playing a direct and efficient brand of football, he steered them to a surprise berth in the 2021/22 play offs.

Patient build-up play was not on Jones’ agenda this season either, with his side registering the fewest sequences of 10 or more passes by a distance before his departure.

They also turned defence into attack faster than anybody else, progressing upfield in open play at 2.01 metres per second.

In the Premier League right now, Fulham lead the way in that category at 1.61 metres per second.

Working with better quality technical players there is no suggestion Jones will turn Southampton into a direct side. You can, however, expect them to get the ball forward earlier than they did under Hasenhuttl.

Jones set his team up in a 5-3-2 formation at Anfield for his first match in charge.

Che Adams scored in that 3-1 defeat, but you sense he could quickly become a crucial figure for the side moving forwards.

The first #SaintsFC goal of the Nathan Jones era 👊

He is hardworking, mobile, and strong in the air, with no Southampton player attempting more headed shots so far this term.

If Jones’ previous style of play is replicated at St Mary’s, he will ask his full-backs to provide plenty of ammunition from the wings.

When those crosses fly into the box Adams is the striker most likely to benefit.