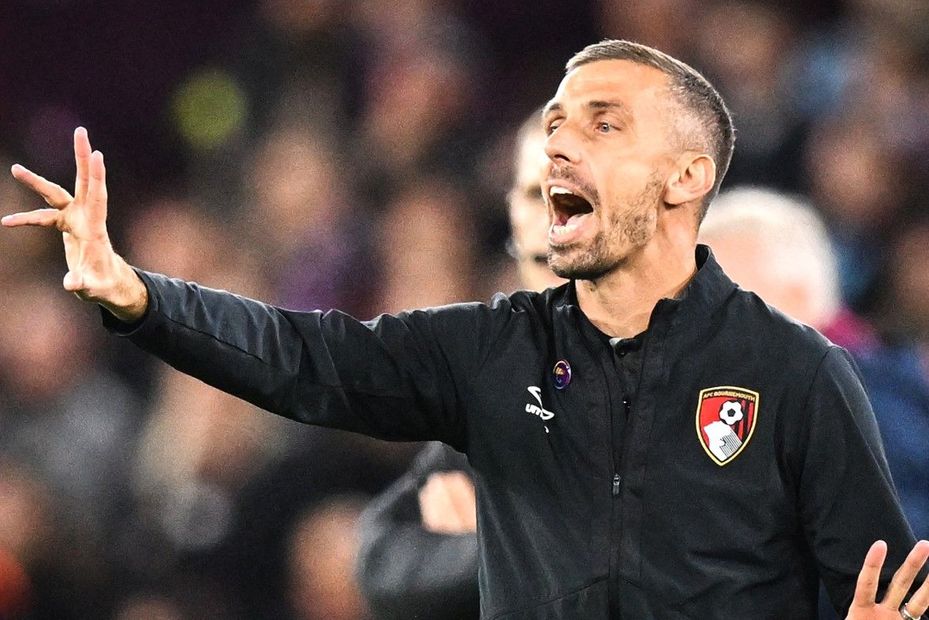 O’Neil’s proactive tactical approach inspired enough of an uplift in form and morale at AFC Bournemouth for him to earn an 18-month contract as the club’s new head coach.

The 39-year-old won three matches, drew four and lost four during a caretaker spell that provided much-needed stability in the wake of Scott Parker’s surprise departure and their humbling 9-0 defeat at Liverpool.

Openly flexible in terms of the way he approaches each match from a strategic perspective in his first senior managerial role, O’Neil appears to be a shrewd operator.

Across the last 10 matches only six Premier League teams have scored more than AFC Bournemouth’s 16, and that list does not include Liverpool (15) or Chelsea (12).

While there are periods in each contest where the Cherries drop off into a mid-to-low block and keep their shape under pressure, O’Neil has instilled a belief in the squad that they can consistently score goals.

He is not averse to using a back three either, especially as a mid-match tweak.

While a tough fixture list at the start of the campaign should come into consideration, under O’Neil, AFC Bournemouth have certainly been more dangerous inside the final third.

Fashioning almost twice as many shots inside the opposition box per 90 minutes, their goals and Expected Goals numbers have effectively trebled.

AFC Bournemouth’s attacking players were in excellent form during the latter stages of O’Neil’s caretaker spell.

In the final three matches before the break for the FIFA World Cup 2022, the Cherries scored eight goals, with Marcus Tavernier (two goals and four assists), Kieffer Moore (three goals), Dominic Solanke (one goal) and Philip Billing (one goal) all highly influential figures.

Each member of that quartet have made great strides under the new head coach, who encourages his side to flood the penalty box whenever they break at pace.

Playing with greater adventure, they are all making considerably more touches inside the danger zone than they were during the opening four matches.

Touches in the box per 90

O’Neil has used the versatile Billing in several roles across midfield, most recently as an inverted wide player.

Summer signing Tavernier has played on both wings but has noticeably made an effort to get inside the box on a far more frequent basis – and he has been rewarded with a fabulous run of direct goal involvements.

O’Neil’s decision to pair Solanke with Moore up front in recent matches has also made a difference.

Playing as a support striker, Solanke’s all-round game has come to the fore.

When he makes runs in the channels, or drops into pockets to link play, AFC Bournemouth still have a goal threat in Moore, who is joined by runners from deep.

AFC Bournemouth’s impressive 3-0 win against Everton was the first time they had sealed a victory having scored first under O’Neil.

From 1-0 up the Cherries picked up two draws and two defeats in the other matches.

They have shown great resolve when trailing though, coming back from behind to claim fantastic wins at Nottingham Forest and Leicester City.

Playing a less passive and more enterprising style of football under O'Neil, AFC Bournemouth are running further per 90 minutes.

While they still could not be described as a pressing side, when they do close down they do so in packs, and with good levels of intensity.

This has helped them spring more high turnovers.

O'Neil has definitely earned the right to continue the promising work he started at AFC Bournemouth.

The changes he has implemented have provided impetus and belief that they can preserve their top-flight status.