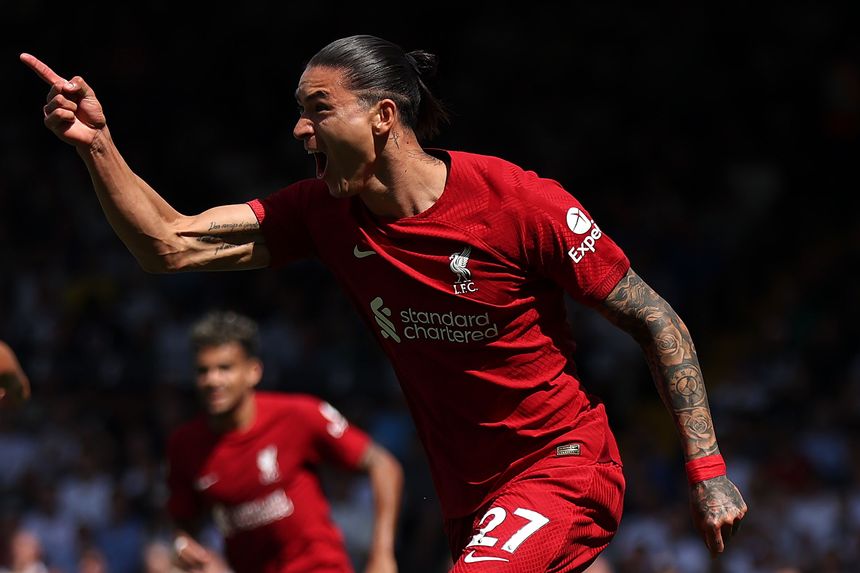 After a pair of fine performances off the bench, Nunez is pushing for his first start for Liverpool.

Nunez came on as a substitute to score Liverpool's third goal in their recent 3-1 Community Shield win over Manchester City.

His introduction in the second half against Fulham last weekend helped transform the Reds' attack.

He scored his side’s first goal in the 2-2 draw, also supplying the assist for Mohamed Salah’s (£13.0m) strike.

His total of three big chances ranked second only to the four of Man City’s Erling Haaland (£11.6m) in Gameweek 1.

Nunez’s display at Craven Cottage continued his form from last season, when he produced 26 goals and four assists in 28 league appearances for Benfica.

The Uruguay forward is a top target for Liverpool’s home encounter with Crystal Palace on Monday evening following his nine-point haul at Fulham.

He is the third most-bought forward in the Gameweek, earning over 228,000 new owners ahead of Saturday’s 11:00 BST deadline.

Nunez seems likely to lead the line and has the form to immediately reward his growing band of owners in Fantasy.