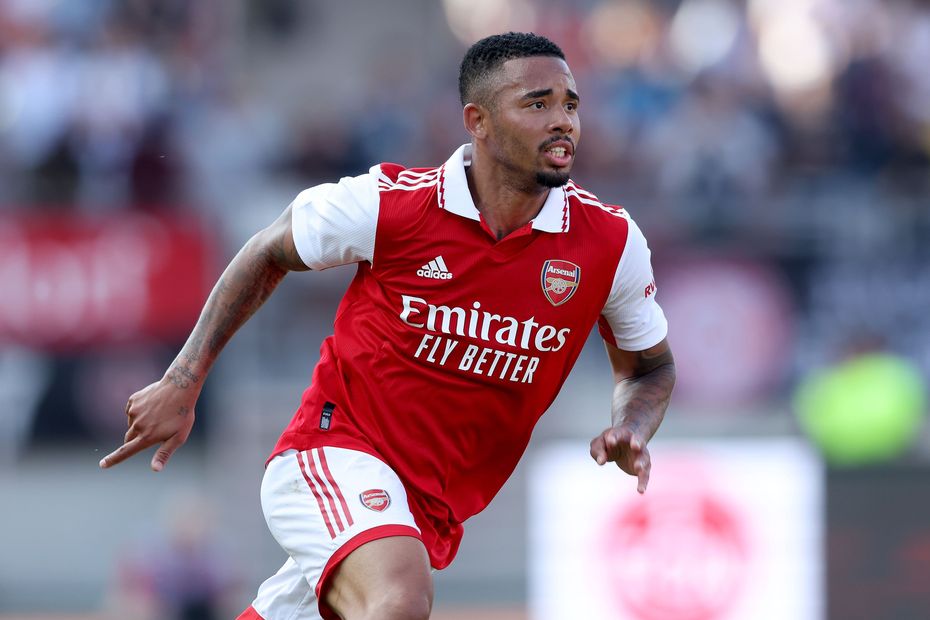 An impressive debut by Gabriel Jesus (£8.0m) for Arsenal has lifted his popularity in early squads.

The Brazilian is owned by over 53 per cent of managers after scoring twice in the 5-3 win over Nurnberg last Friday.

Jesus is the second most-selected forward in the game and fourth among all players.

*Information accurate as of 11 July

They face just one of last season’s top six sides in their first eight matches, visiting Manchester United in Gameweek 6.

Barely 9️⃣0️⃣ seconds into his Arsenal debut, GJ9 is on the scoresheet! 👊

Over 64 per cent of managers have flocked to the Norwegian, who produced 49 goals and 13 assists in 52 Bundesliga appearances for Borussia Dortmund over the last two seasons.

Man City also have a kind run of early opponents. Indeed, they are the only side who avoid all of last season’s top six in the first six Gameweeks.

The rush to bring in Haaland and Jesus has made Harry Kane (£11.5m) a major differential.

Fewer than 16 per cent of managers own the Tottenham Hotspur forward, who looks a strong armband option at home to Southampton and Wolverhampton Wanderers in the first three Gameweeks.

Kane was a huge success after the arrival of Antonio Conte as head coach in Gameweek 11 last season.

His total of 167 points from that moment until the end of the season was bettered by only two other players in Fantasy.

Elsewhere, Liverpool pair Darwin Nunez and Diogo Jota (both £9.0m) have been largely overlooked due to the popularity of their team-mates.

Certainly, the arrival of Darwin from Benfica increases the chances of rotation in the lone-striker role at the start of 2022/23, with the Uruguayan initially expected to share minutes with Jota.

Finally, managers have turned to Leeds United’s Sam Greenwood and Nottingham Forest’s Lyle Taylor (both £4.5m) as a means of freeing up budget.

Neither player has been a first-team regular, which suggests they have simply been purchased to sit on managers’ benches, allowing them to spend funds elsewhere.