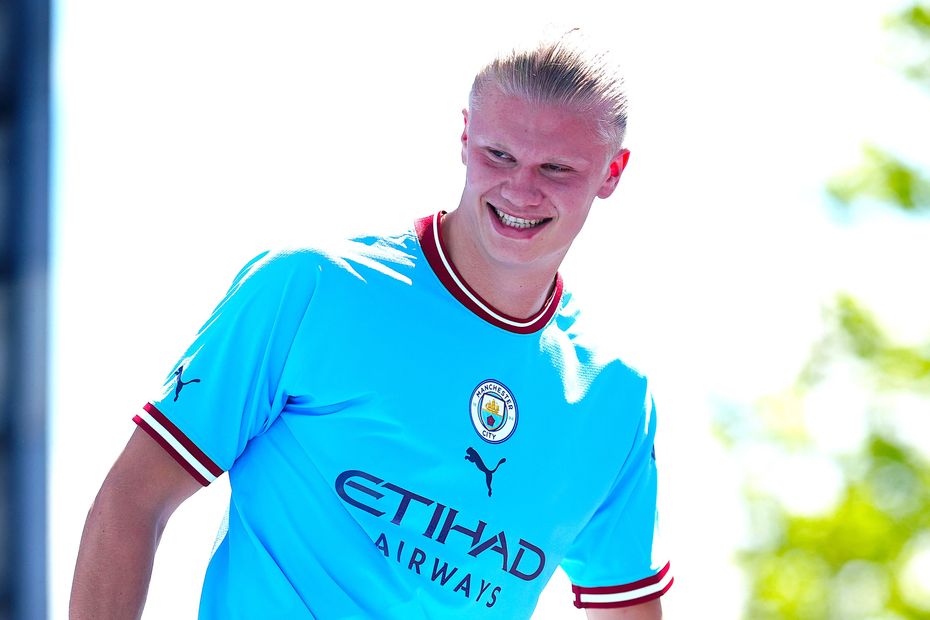 FPL position changes for 2022/23
Register early to boost your FPL chances
FPL basics: How to use the statistics menu

The Scout assesses the transfer trends of Fantasy Premier League managers since the game launched on Tuesday.

Four of the seven most-selected players in 2022/23 Fantasy are defenders with price tags over £5.0m.

Despite being the most-expensive player in his position, Liverpool’s Trent Alexander-Arnold (£7.5m) can be found in 57 per cent of teams.

The right-back finished in third spot in the player standings last term on 208 points, while Manchester City full-back Joao Cancelo (£7.0m) was fifth overall on 201 points.

Chelsea’s Reece James (£6.0m) averaged 6.3 points per start in 2021/22 and offers the potential for bumper returns if he remains injury-free.

The Croat produced eight goals and seven assists playing as a wing-back in Serie A last season.

Liverpool’s Egyptian has been picked by over 60 per cent of managers, nearly double that of any other midfielder in Fantasy.

Haaland, meanwhile, is the top transfer target in the game ahead of his debut season for Man City, with over 64 per cent ownership.

By bringing in the duo as their big-hitters, managers would have a captain who faces a promoted side in four of the first five Gameweeks.

Elsewhere, Salah’s team-mate Luis Diaz is the second most-owned midfielder thanks to an opening cost of only £8.0m.

Spurs' Son Heung-Min (£12.0m), who is selected by 24 per cent, offers a strong armband option at home to Southampton and Wolverhampton Wanderers in the first three Gameweeks.

Gabriel Jesus’ (£8.0m) switch from Man City to Arsenal has also been a key factor for managers so far.

Found in over 43 per cent of squads, the Brazilian is the third most-owned attacker in Fantasy.

The Gunners have a kind run of opening opponents, facing only one of last season’s top six in the first eight Gameweeks.

The popularity of Leeds United’s budget forward Sam Greenwood (£4.5m) is purely down to squad structure.

Over 26 per cent of managers have chosen to save funds by picking a cheap forward to sit on their bench, allowing them to invest more of their budget at the back.

See: How to use the FPL stats menu