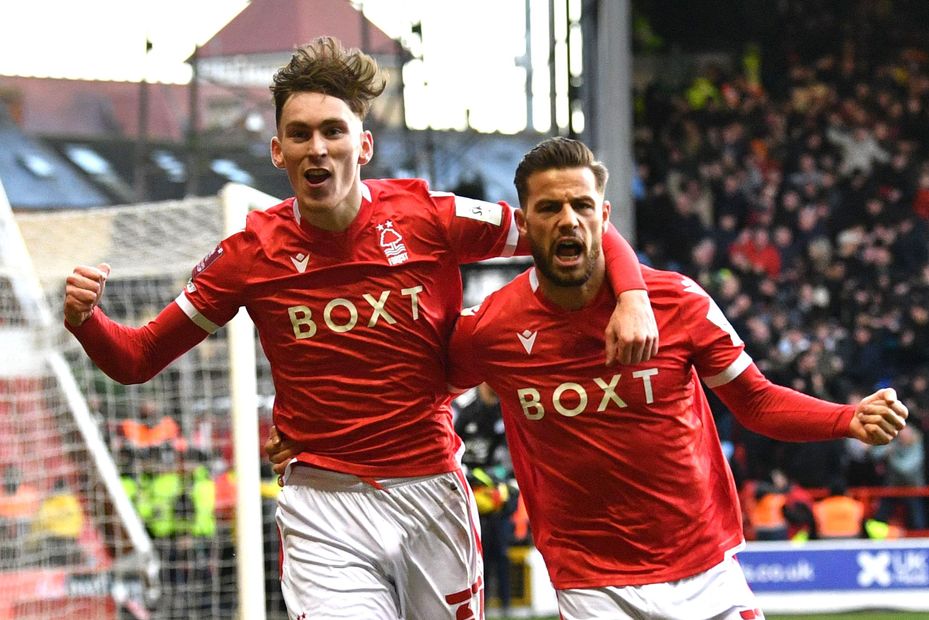 Adrian Clarke looks at key tactical elements and players of the three clubs joining the Premier League in 2022/23.

Forest return after a 23-year exile from the Premier League with their defining feature being their ability to punish opponents with fast transitions and counter-attacks.

There is a great sense of momentum and unity at the City Ground, built around the amazing transformation since head coach Steve Cooper took charge last September.

Cooper is acclaimed by the Forest faithful, having galvanised a struggling team languishing in the relegation zone and steered them to promotion through the Championship playoffs.

The Reds averaged two points per match over his 38 fixtures during the regular season, and would theoretically have finished as champions on 92 points had he been there from the start.

Cooper settled Forest into a 3-4-1-2 formation during an outstanding second half of the campaign, but it is a relatively little-used shape in the Premier League.

In last season’s competition, no team employed that system as their primary formation.

It was used on just 15 occasions, with Thomas Tuchel the man to choose it the most - seven times with Chelsea.

It has also happened to be a formation that has suited his key players at Forest.

A back three of Joe Worrall, Steve Cook and Scott McKenna is not blessed with great pace but it has given Forest safety in numbers and the unit have gelled together.

Djed Spence, on loan from Middlesbrough, was ideal as a right wing-back last term, while Philip Zinckernagel - loaned from Watford - was at his best in a free No 10 role.

It will be interesting to see who will play these roles in the Premier League.

Cooper has also been keen to start his most dangerous attacker, Brennan Johnson, in a striker’s role where he can run in behind the last man.

Having previously operated as a winger, and unaccustomed to playing up front, the Welshman has worked best alongside a natural centre-forward.

1️⃣8️⃣ goals this season for #OneOfOurOwn 🏹

It would be a surprise to see Forest deviate away from 3-4-1-2 in the early stages of 2022/23, but much will depend on who they recruit this summer.

If they are unable to keep hold of loanees James Garner and Keinan Davis as well as Spence and Zinckernagel, Cooper is likely to target players of a similar style to maintain this shape.

Forest are extremely dangerous when they turn defence into attack.

The moment they recover possession, Cooper's players make early vertical passes to release the speedy Johnson into spaces down the sides.

Forest are not a pressing side as such, but they have been efficient when there is an opportunity to regain the ball inside the opposition half.

While only three Championship clubs made fewer high turnovers last season, when they did create a transition they often turned it into a goalscoring opportunity.

Forest ranked fifth for the most shots from high turnovers in 2021/22.

Last season, Forest showed how competitive they can be against top sides, knocking Arsenal and Leicester City out of the FA Cup before losing narrowly to Liverpool in the quarter-finals.

Off the ball, they defended as a team with great organisation, keeping a disciplined shape.

Conceding just 26 goals from open play in last season’s Championship, the second-lowest figure, Forest will be confident they can be difficult to break down this season.

From there, you can expect to see plenty of excitement when Forest spring those trademark counters.