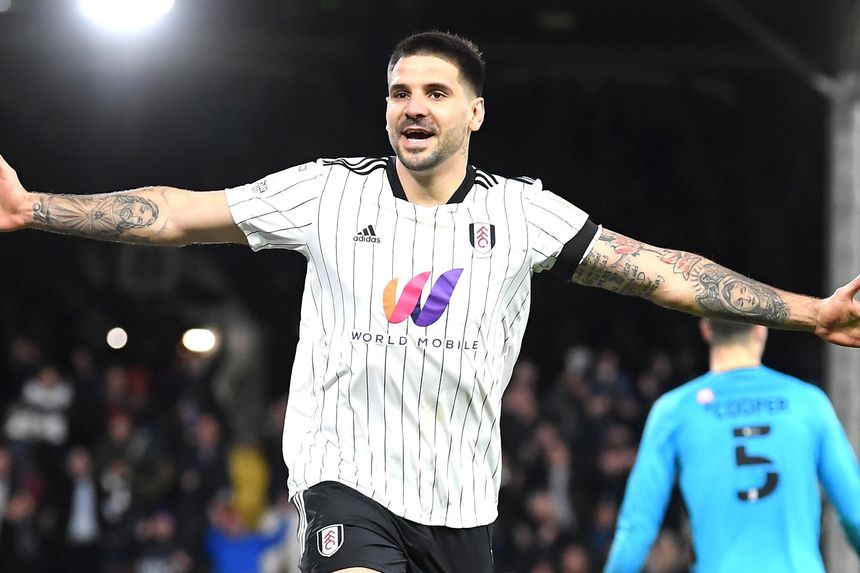 Fulham return to the Premier League as an attack-minded and tactically stable team.

Marco Silva’s side proved too potent for their Championship opponents last season, scoring an astonishing 106 goals in 46 matches.

Favouring a 4-2-3-1 formation in all but three matches, their tactical approach was built around creating a number of opportunities inside the final third.

Fulham were fast-starters, taking the lead in 71.7 per cent of their fixtures.

Wingers Harry Wilson and Neeskens Kebano chipped in with 29 and 16 direct goal involvements respectively, while Fabio Carvalho also netted eight times and created a further eight from the No 10 role.

They will miss Carvalho's brilliance following the 19-year-old's transfer to Liverpool so Fulham will hope to replace his energy and guile this summer.

Thanks to their relentless pursuit of goals, Fulham fashioned 504 shots from inside the box last season, averaging around 11 per match.

Replicating that in the Premier League will not be possible, so there will be a reliance on clinical finishing.

No Championship team had a greater chance-conversion rate than Fulham's 18.9 per cent last season, so this is an area of strength.

They will also focus heavily on producing opportunities from corners and wide free-kicks. They scored 17 goals from set-pieces in 2021/22, the third highest in the division.

One of Fulham’s key traits under Silva is pinning opponents back with controlled periods of possession.

Comfortable and patient on the ball, they produced 52 more build-up attacks than any other Championship side last term, and were behind only Swansea City for overall possession.

How much possession will they enjoy in the Premier League?

As a gauge, during the 2020/21 season, Fulham ranked 11th, with 49.4 per cent of the ball under Scott Parker. This was after averaging 61.6 per cent in the Championship promotion campaign that preceded it.

Last season they averaged 60.7 per cent of possession, so Fulham will likely opt for a balanced approach once again, with 50 per cent an achievable target.

With Mitrovic at his best when crosses are sent in, it is unlikely they will sit back and become counter-attacking specialists.

Fulham's style is not one-dimensional under Silva, so they should cope well with the tactical adaptations required.

Fulham were very strong in this department last term, with only Coventry City winning the ball more.

Most shots/goals after high turnovers 21/22

Fulham’s attacking prowess means they should carry a goal threat home and away in 2022/23.

Their main concern could be how they cope defensively.

In home defeats by Huddersfield Town, Nottingham Forest, Sheffield United and Coventry, they struggled to deal with opponents who closed them down inside their own half.

Having leaked 43 goals, almost one goal per match, Fulham may look to invest in several new defensive players.

The Cottagers have plenty of talent and a clearly defined style. But they must still recruit well, especially at the back, if they are to avoid another relegation battle.

Part 2: Wilson to deliver for Fulham again
Part 3: Parker has the tools to succeed
Part 4: Kelly and Billing key for Cherries
Part 5: Forest counters can cause problems
Part 6: Johnson and Yates offer pace and craft