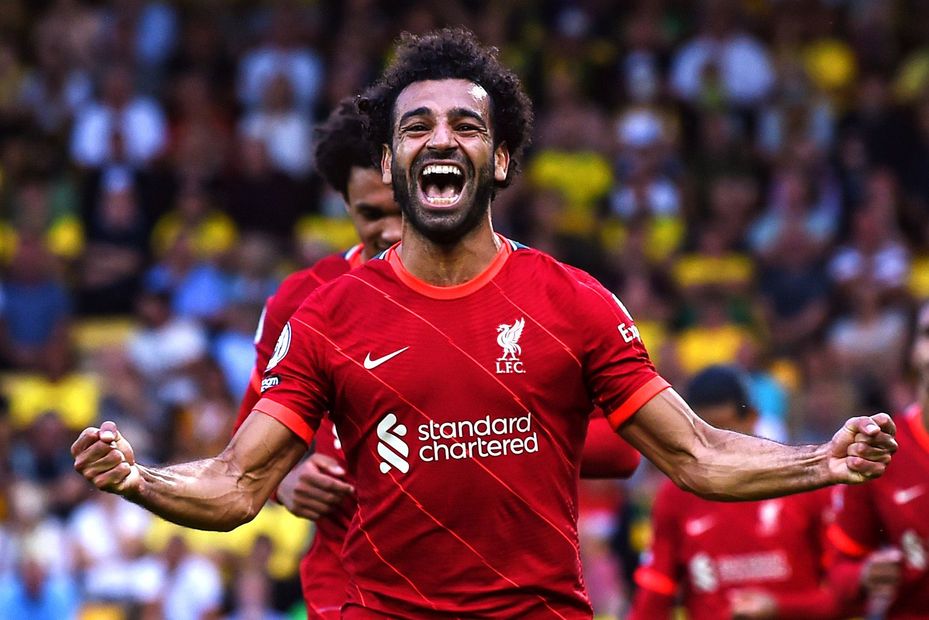 Mohamed Salah will be setting his sights on another season-opener record for Liverpool when they face newly promoted Fulham in their first fixture of the 2022/23 campaign.

With his goal in the Reds' 3-0 victory at Norwich City last August, Salah became the first player to score in five successive opening-weekend matches and for the fourth year in a row, Jurgen Klopp's men will open a campaign against a promoted side.

It also moved him to within one of the record for the number of goals scored on the opening weekend of the season held jointly by Hall of Fame inductees Alan Shearer, Frank Lampard and Wayne Rooney, who are tied on eight.

Salah is not the only player eyeing his place in the Matchweek 1 record books, as Jamie Vardy is also in contention.

The Leicester City striker struck his seventh opening-weekend goal in 10 seasons to earn a 1-0 win over Wolverhampton Wanderers last season and will face Brentford in the the Foxes' first match.

Both Fulham and Brentford will have their work cut out to nullify the threat of the league's two fastest starters.