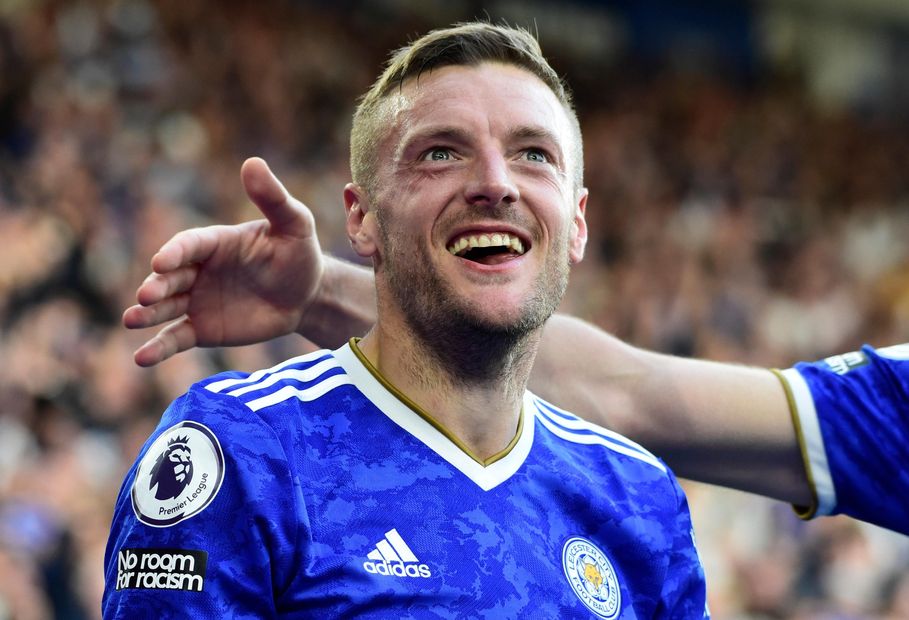 A seventh goal of the season for Jamie Vardy (£10.5m) helped him into first place in the forward standings in 2021/22 Fantasy Premier League.

The Leicester City striker scored for the fourth successive Gameweek, earning eight points in a 4-2 home win over Manchester United.

Leicester’s upcoming matches raise further the appeal of the 34-year-old.

According to the Fixture Difficulty Ratings (FDR), only one of their next nine matches scores more than three.

The Belgian, who scored and earned 10 points against Man Utd, has blanked only once in his last four outings.

They both scored and collected the maximum three bonus points against the Clarets.

De Bruyne has netted both of his goals for the season in the last two Gameweeks, totalling 19 points in that run.

McGinn earned his season-high haul of 13 points thanks to a goal and an assist against Wolverhampton Wanderers.

Salah, meanwhile, recorded his fifth double-figure haul in eight Gameweeks to extend his lead at the top of the player standings.

Liverpool’s Egyptian has 83 points, 27 more than any other player.

Roberto Firmino (£8.8m) was the top performer in Fantasy on Saturday.

The Brazilian was preferred to Diogo Jota (£7.5m) in Liverpool's starting line-up for only the second time this season.

He seized his opportunity by firing a hat-trick in a 5-0 win at Watford to amass 20 points.

Edouard Mendy (£6.1m) climbed to the top of the goalkeeper standings after helping Chelsea to their fifth clean sheet of the campaign.

The Senegalese made six saves in a 1-0 victory at Brentford to earn nine points.

His team-mate Ben Chilwell (£5.6m) was the only defender to deliver a double-figure score on Saturday.

He has scored in back-to-back matches after taking over from Marcos Alonso (£5.9m) in Chelsea's starting line-up.

And Chilwell's displays have made a big impact on the Fantasy transfer market.

Alonso is the most-sold defender in the Gameweek and second most-sold overall behind Ronaldo, moved on by 80,000+ managers ahead of Chelsea's Gameweek 9 home encounter with Norwich City.