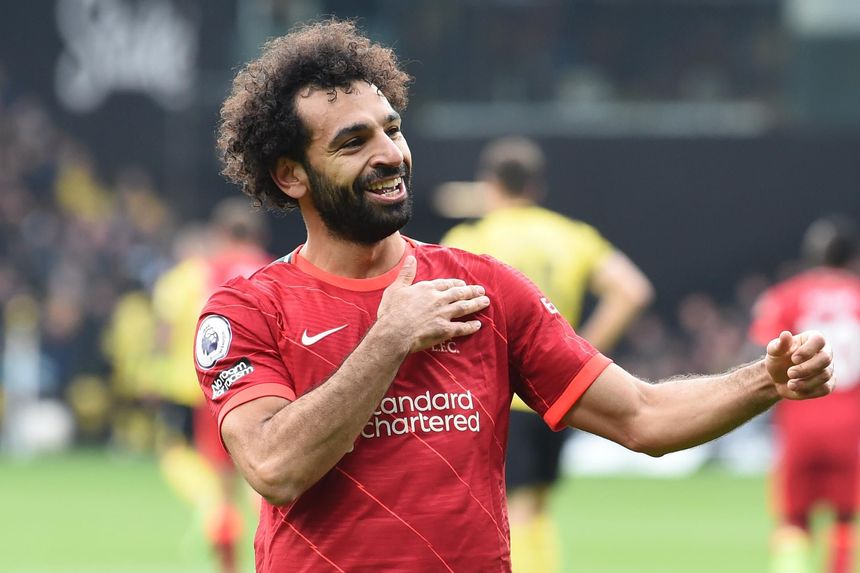 Mohamed Salah (£12.7m) delighted the record 3.5million Fantasy Premier League managers who handed him the captain's armband for Gameweek 8 with his fifth double-figure haul of the campaign.

Liverpool won 5-0 at Watford, with Salah scoring one and assisting another to claim 13 points. Two-thirds of his 5.3million managers made him their captain.

It extends Salah's lead at the top of the FPL player standings, with his total of 83 points 27 more than his nearest rival in 2021/22. It was the fifth time this season the Egyptian has been the most-captained player.

But the 1.2million+ who backed Ronaldo were left disappointed as the Portuguese failed to score or assist for the third Gameweek in succession.

The Belgian made it four successive blanks as he was substituted after 76 minutes of Chelsea's 1-0 win over Brentford 1-0.

The leading 100 managers selected two of the same three players as the masses, with Riyad Mahrez (£8.7m) replacing Lukaku.

But despite boasting an excellent record against Manchester City's opponents Burnley, the Algerian mustered only three points as the closest he came to a goal was when he hit the bar in the second half of the Citizens' 2-0 win.

The Portuguese is the No 1-ranked defender ahead of a kind run for Pep Guardiola's men and he repaid his investors with a sixth clean sheet of the campaign.

Andros Townsend (£5.6m) was snapped up by more than 533,000 managers, but the Everton winger was unable to get attacking returns in a 1-0 defeat to West Ham United.

Townsend had amassed 43 points before GW8, including three double-figure hauls in his previous four appearances.

The Wolverhampton Wanderers forward's form had prompted over 378,000 to add him to their squads, but, on this occasion, Hwang blanked as his side ran out 3-2 winners after a dramatic comeback against Aston Villa.

*bonus points yet to be added

Injuries to Antonio Rudiger (£5.8m) and Ferran Torres (£6.9m) led to the pair being among the three most-sold players, ditched by a combined 850,000+ managers.

Despite being the second most-captained player, Ronaldo was also the second-most sold. All of Man Utd's next four fixtures are rated at three or more in the Fixture Difficulty Ratings.