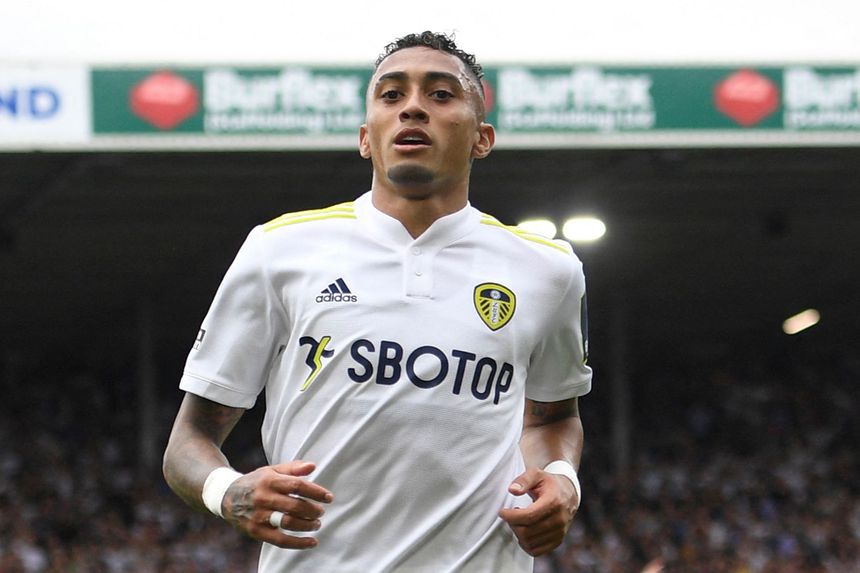 On this day - 5 Oct 2020: Leeds sign Raphinha
FPL Update: Can you afford to ignore Townsend?
Foster: This FPL season could be my worst ever!

The winger is set to embark on a very favourable run of opponents that lifts his appeal as a long-term acquisition.

According to the Fixture Difficulty Ratings (FDR), each of Leeds United's next eight matches score no more than three.

Five of them score just two, including their next three encounters with Southampton, Wolverhampton Wanderers and Norwich City.

Raphinha’s 24 shots and 14 chances created are both team-leading totals this term.

The loan signing from Chelsea has made an immediate for Crystal Palace, scoring twice and supplying three assists in six appearances.

When selected, Gallagher has been involved in 71 per cent of their goals, compared with the 38 of Wilfried Zaha (£6.9m).

The underlying numbers suggest he can continue offering major value in Fantasy.

His 15 shots, 11 shots in the penalty area and five shots on target are all more than any other Palace player, while his seven key passes are second only to the nine of Zaha.

Three of the Eagles' next five matches, against Newcastle United, Wolves and Burnley, score only two in the FDR.

Everton’s Frenchman has been among the most consistent performers at the start of the season.

The midfielder has blanked in only two of his seven appearances, also producing double-figures on two occasions.

Home meetings with West Ham United and Watford, followed by a trip to Wolves, look promising for managers seeking a short-term pick.

The Brentford star is finding his form ahead of a kind upcoming schedule.

Mbeumo has scored both his goals this season in the last three Gameweeks, netting against Wolves and West Ham.

Listed as a midfielder in Fantasy, he has played as a striker this season, partnering Ivan Toney (£6.3m) in the Bees’ 3-5-2 formation.

From Gameweek 9 onwards, each of Brentford’s subsequent eight matches score no more than three in the FDR.

At a cost of only £5.5m and owned by just 1.3 per cent, Mbeumo could be a key differential for the upcoming period.

A goal and two assists over the last three Gameweeks highlights the winger’s improving form ahead of Arsenal’s favourable schedule.

Saka’s nine shots in the box over the last four Gameweeks placed third in midfield, behind Liverpool's Salah and Sadio Mane (£11.9m), who had 13 and 12 respectively.

He also created a team-leading eight chances in that period as his influence on the Gunners’ attack continues to grow.

Arsenal play at home in four of the next six Gameweeks, entertaining Palace, Aston Villa, Watford and Newcastle.