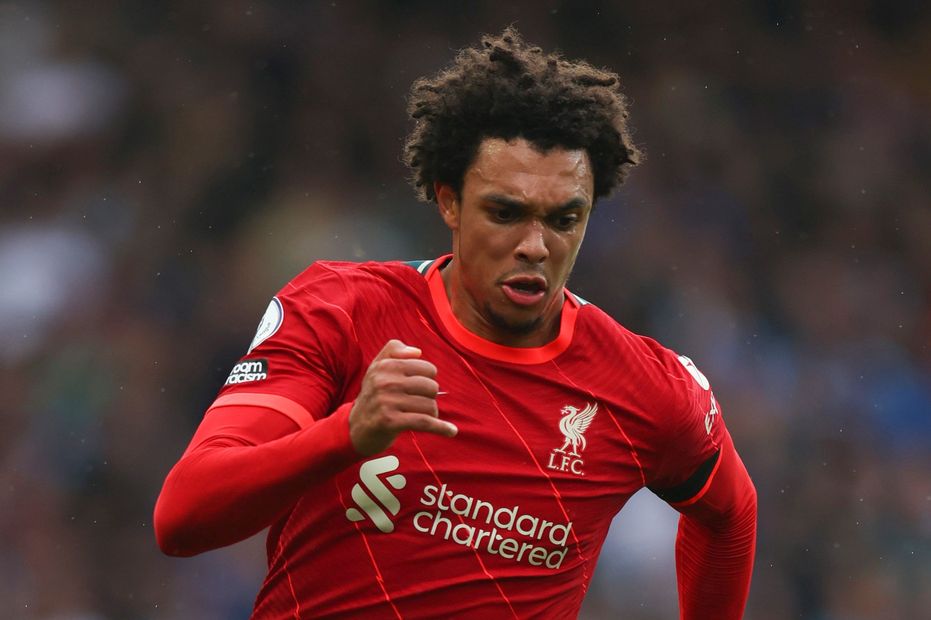 FPL Update: Can you afford to ignore Townsend?

The Liverpool right-back's ownership has plummeted after he missed out against Manchester City in Gameweek 7.

Alexander-Arnold was sold by over 909,000 managers last week and has been transferred out by a further 133,000 ahead of the Reds’ trip to Watford.

Yet the England international’s numbers show why he remains the best defender in the premium bracket.

Despite missing two matches, Alexander-Arnold’s total of 21 chances created ranks second only to the 23 of Bruno Fernandes (£11.9m) among all players in Fantasy.

Furthermore, his 11 shots put him second among defenders.

Indeed, his total of eight bonus is two more than any other defender.

As a result, he has produced attacking, defensive or bonus points in four of his five appearances, averaging 7.0 points per match.

If he is passed fit for the Watford match, managers on a Wildcard must snap him up.

Along with Ruben Dias (£6.1m), Cancelo is one of two defenders to have started every Gameweek for Man City.

His potential for points at both ends of the pitch has helped the full-back to top spot in the defender standings on 44 points.

That ability to produce explosive hauls means Cancelo can be worth the slight risk for managers looking to invest in the Man City defence.

He has played as a substitute just once in 35 league appearances, which means that if he is rested by Pep Guardiola, managers should be able to rely on their back-up defender coming off their bench in Fantasy.

There is a strong case for considering Dias too, given the centre-back has matched Cancelo’s eight key passes.

But the latter boasts a far superior goal threat, with 10 shots to the three of Dias.

While Dias is perhaps less likely to suffer rotation, Cancelo’s ability to deliver double-figures can help turn good Gameweeks into great ones.

The Spain international appears to have secured his role as Dias’ partner at centre-back this season, with John Stones (£5.3m) relegated to bench duties.

Laporte has started all but one of Man City’s last six Gameweeks, missing that match through injury.

In terms of points per match, his average of 6.2 puts him just behind the 6.3 of Cancelo and betters the 5.6 of Dias.

The underlying statistics show Laporte has been among the most attacking defenders in Fantasy this season.

His total of 10 shots in the box is the second-highest among defenders and is more than the combined total of Dias, Cancelo and Kyle Walker (£5.5m), who have managed two apiece.

If Laporte remains first-choice, he could be the best-value option in the Man City defence.

The versatile Spaniard has gone into the international break on the back of his first double-figure haul of the campaign.

While over 1.48 million managers bought Antonio Rudiger (£5.8m) or Marcos Alonso (£6.0m) for Gameweek 7, Azpilicueta was brought into just 130,000 teams for Chelsea’s home encounter with Southampton.

Playing as a right wing-back in the absence of Reece James (£5.5m), he supplied two assists to earn 10 points.

Azpilicueta has started more league matches than any other Blues player under Thomas Tuchel, either as a wing-back or centre-back.

Although Rudiger seems just as secure a pick, Azpilicueta’s greater attacking potential means he is easily worth the minimal £0.2m price difference.

Chelsea have an irresistible run of opponents that makes their defenders must-haves for Wildcards.

Each of their next four matches score only two in the Fixture Difficulty Ratings.