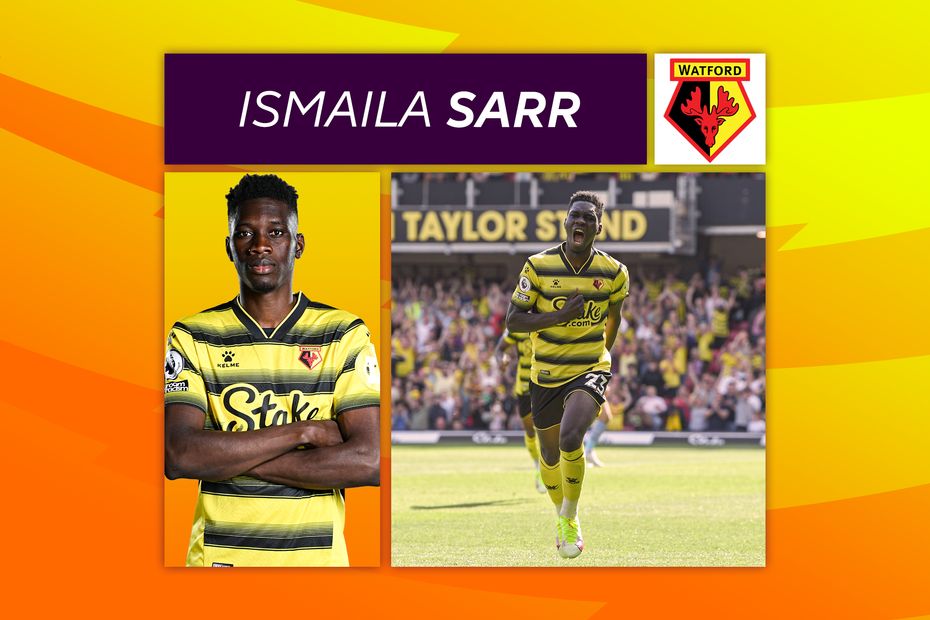 Sarr’s brilliant performance in Watford’s 3-2 win against Aston Villa will have given Brighton & Hove Albion plenty to think about this Saturday.

The speedy 23-year-old, who tormented the players on Villa’s left side, was involved in Emmanuel Dennis’ opening goal and then added a second, forcing Dean Smith to replace full-back Matt Targett at half-time.

Brighton must do their best to contain Sarr if they want to avoid him doing the same to them.

Sarr was clocked at a speed of 34.6km/h last weekend, the fifth-fastest time recorded in Matchweek 1.

As Brighton’s starting left-back Pascal Gross registered a top speed of 30km/h at Burnley last time out. Graham Potter will likely opt for Solly March instead, who played there in the second half.

While March is quicker than Gross, registering 33.5km/h in MW1, neither is a natural in that role, with both far more effective in attack.

Last season, Xisco Munoz ensured Watford played to Sarr's strengths, by springing the majority of their attacks down his wing.

Sarr revelled in a 4-3-3 formation, scoring 13 times and adding four assists, with eight of his 2020/21 goals coming during a terrific run-in.

This is why it was no surprise to see Watford launch 49.2 per cent of their forays down the right last weekend.

If new signing Dennis recovers from injury to start against Brighton, the Seagulls must find a way to negate his blossoming partnership with Sarr.

The pair shared 11 passes in MW1 and appeared to bring the best out of one another. Between them they scored twice, created seven chances and took on eight shots collectively.

If Sarr is given room to travel with the ball at his feet, Watford's most dangerous player has the potential to punish Brighton.