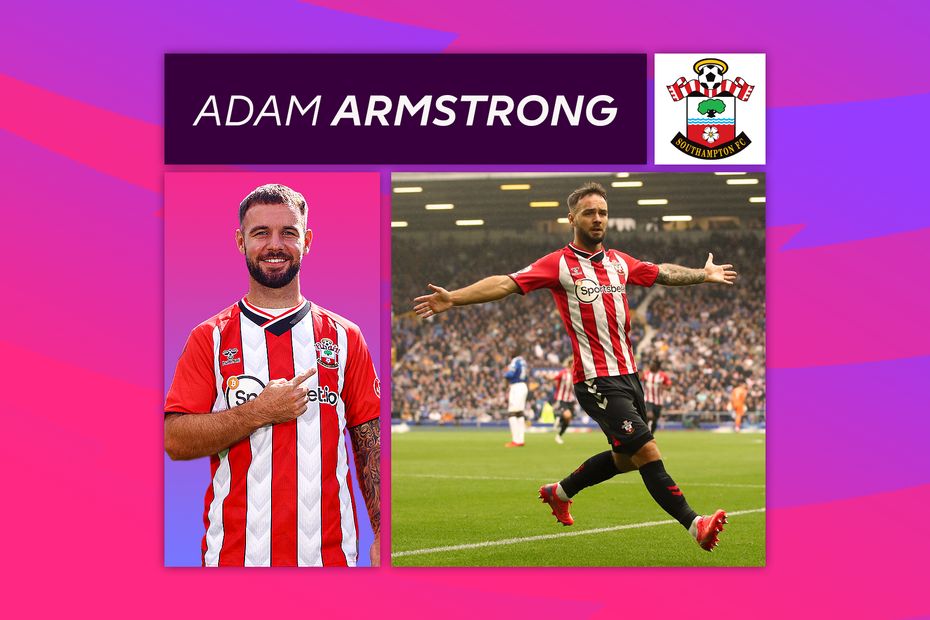 Adrian Clarke says Southampton's new striker has the pace, positioning and eye for goal to be a hit

Following the departure of Danny Ings, Armstrong is hoping to become Southampton's main goalscorer and there is every indication that he has what it takes to step into his predecessor's shoes.

Armstrong is a well-rounded and razor-sharp forward who demonstrated his eye for goal when scoring on debut at Everton last weekend with a brilliant, curled finish into the top corner.

He will look to strike again when Manchester United visit St Mary's Stadium on Sunday.

He is at his most dangerous between the six-yard box and the edge of the penalty area, which is where he produced 24 of those goals in 2020/21.

Armstrong is a genuine two-footed finisher, scoring 54 per cent of his goals last season with his right, and 36 per cent with his left.

Wherever the ball falls, he has the confidence to strike it cleanly and accurately.

The xGOT (Expected Goals on Target) metric measures the likelihood of an on-target shot resulting in a goal, and in this department Armstrong was by far and away the most dangerous forward in last season’s second tier.

His average of 0.86 xGOT per 90 minutes was way above that of Brentford's Ivan Toney and Norwich City's Teemu Pukki, and demonstrates an ability to take up fantastic positions and to apply a clinical finish when the chances arise.

If Southampton give him the right service, Armstrong can deliver.

He may not be a particularly powerful striker, but Armstrong's clever movement and pace more than compensate.

He is one of the most dangerous dribblers around, scoring and creating numerous chances as a result of running with the ball at his feet.

Most ball carries ending in a shot

As shown in the table above, 60 of Armstrong's 69 chance-creating carries ended with a shot last season, and he scored with eight of those.

Against Everton, Armstrong only had 11 touches, including seven passes and three shots.

Given that he was usually at the heart of most of Blackburn's attacking moves last season, we can comfortably expect him to be more involved when he settles in at Southampton.

As shown in the table below, no one in last season's Championship had an involvement in more open-play passing sequences that led to a shot, and Armstrong took on many of those strikes himself.

Armstrong is likely to get fewer chances in the Premier League than he did in the Championship, so he will need to make an impact when the ball comes his way.

But he is an exciting forward who looks ready for the step up, and his finishing prowess will be put to the test by Man Utd's defence.

If his debut strike is anything to go by, Southampton may not miss Ings too much.

More ahead of Matchweek 2

Part 1: Varane the perfect partner for Maguire
Part 3: Brighton must find a way to shackle dangerous Sarr
Part 4: Van Dijk and Matip can keep Burnley at bay
Part 5: Benrahma showing how he can replace Lingard