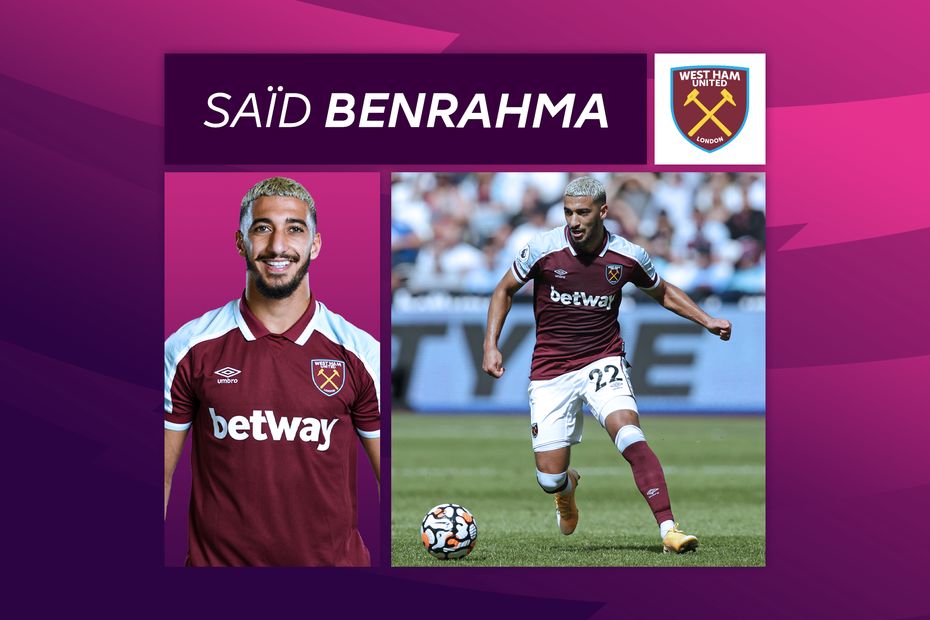 Benrahma is out to prove he can fill the void left by Jesse Lingard, who starred on loan at West Ham United last season.

Playing just behind striker Michail Antonio in a 4-2 win at Newcastle United, the gifted Algerian scored one goal and created another.

Challenged by manager David Moyes to show there is more to his game than just skill, Benrahma did a wonderful job for the team on Tyneside.

At St James’ Park, Benrahma's off-the-ball running caught the eye and Leicester City will have to be aware of this on Monday.

The 26-year-old made several telling forward bursts that went beyond the last man and, although he was caught offside a couple of times, those runs stretched play very effectively.

From one such sprint in advance of Antonio, he helped himself to a goal.

Having made a run beyond the last defender, Benrahma took up a striker’s position at the far post and headed in Antonio's cross.

He also enjoyed six touches inside the opposition penalty area, a rise on his 3.24 average from last season.

A sign of the Algerian's readiness to be a team player was the amount of running he did against Newcastle.

No West Ham attacker made more sprints than Benrahma during his 88 minutes of action.

Leicester looked vulnerable against transitions created by Wolverhampton Wanderers on the opening weekend. In such situations in Matchweek 2, Benrahma must make the right decisions.

He did that from a turnover against Newcastle, feeding a beautifully weighted diagonal pass for Antonio to score.

Along with his guile and technique, Benrahma has stepped up his work-rate and he could have a huge influence for West Ham this season.