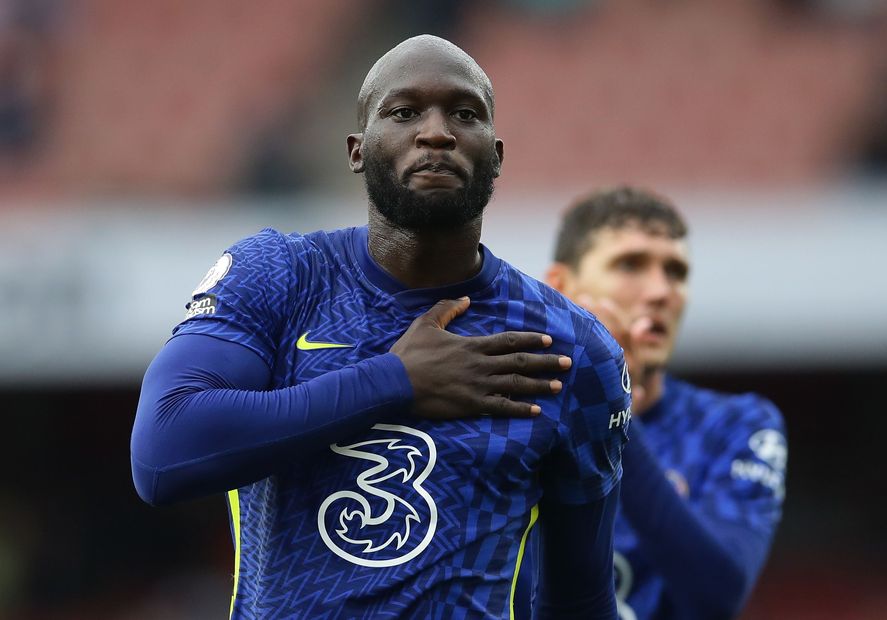 All smiles for backers of third-most popular captain as Salah disappoints 2.77million managers

Romelu Lukaku (£11.5m) rewarded the 225,000 Fantasy Premier League managers who backed him to shine on his second debut for Chelsea against Arsenal.

Lukaku took just 15 minutes to get off the mark with the opening goal in the 2-0 win at Emirates Stadium and he was unlucky to be denied a second goal by a superb reaction save from Bernd Leno (£5.0m).

As it was the Belgian forward, who was the third most-captained player in the Gameweek, collected two bonus points to return an eight-point haul and outscore the two most popular players to receive the armband in GW2.

There was frustration for the record 2.78million FPL managers who backed Mohamed Salah (£12.6m) with the captain's armband as he blanked in Liverpool's 2-0 win over Burnley.

The Egyptian has now failed to score against the Clarets in seven successive appearances.

But, despite averaging over 10 points per match in his three previous outings against Saints, the Portuguese also blanked in the 1-1 draw at St Mary's Stadium.

Indeed a booking meant that he produced only one point for his efforts.

Danny Ings (£8.0m) was favoured ahead of Lukaku for the captaincy among the leading managers, which currently features 112 people in the top 100 places.

And the Aston Villa forward rewarded his backers by scoring a spectacular goal against Newcastle United and earning two bonus points. Ings has now netted in his first two Premier League matches for his new club.

And the Man Utd midfielder collected a fifth assist of the season after teeing up Mason Greenwood (£7.5m) for his equaliser. He earned four points, though, as he too picked up a late yellow card.

But those who parted company with Grealish were punished as the England international scored his first goal for Manchester City in the 5-0 victory over Norwich City.

More than 465,000 managers added Fernandes to their squads after the Portuguese produced 20 points in Gameweek 1, his best ever return in Fantasy.

However, the most popular move last week was a straight swap from Harry Kane (£12.4m) to Lukaku, a shrewd short-term move given that Kane's brief cameo off the bench in Tottenham Hotspur's 1-0 win at Wolverhampton Wanderers produced no returns as the forward was cautioned.

Over 422,000 sold Kane, who didn't feature in the 1-0 victory over champions Man City last weekend.

They proved to be wise moves, as Saka and Iheanacho each blanked as they played 60 and 18 minutes respectively in Gameweek 3.