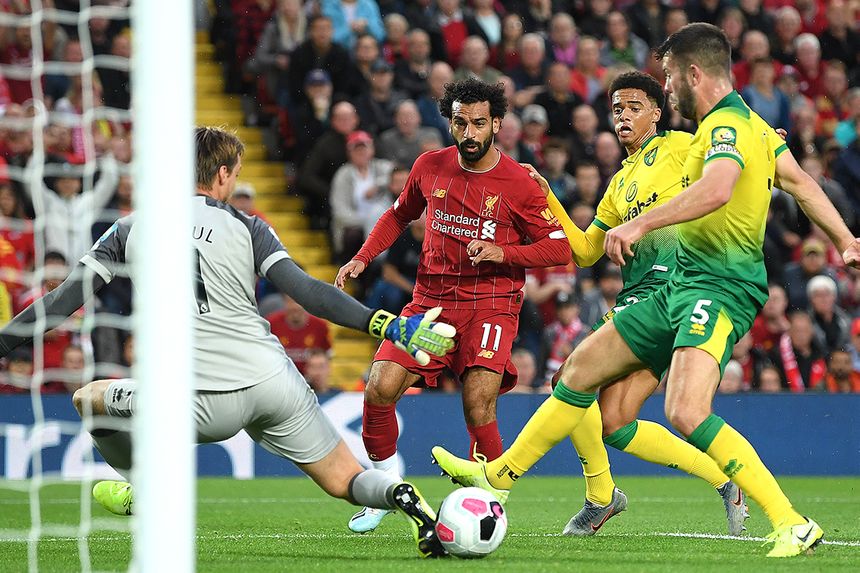 Fans can expect this weekend's opening matches to provide a flurry of goals if the past encounters between the teams involved are anything to go by.

Liverpool's trip to Norwich City on Saturday is a historically high-scoring encounter.

The pair have met 18 times in the Premier League and scored a total of 69 goals in those matches, an average of four per duel.

It will also be the third successive campaign in which Liverpool have started against a promoted team, and the previous two matches have been laden with goals.

When Norwich travelled to Anfield in Matchweek 1 of the 2019/20 season, Liverpool won 4-1.

Last season Liverpool edged past Leeds United 4-3 at Anfield, the fifth time in a row they have scored more than three goals in their first fixture.

The Arsenal win was one of three occasions when Liverpool have started a season with a match featuring seven goals, the joint-highest total for a Matchweek 1 fixture in the competition's history.

Before the match at Carrow Road, Chelsea host Crystal Palace in what has recently been another high-scoring encounter.

Chelsea won 4-0 at Stamford Bridge and 4-1 at Selhurst Park when the sides met last season.

History indicates there will also be goals between Tottenham Hotspur and champions Manchester City. The last goalless draw between these teams came in August 2010.

And Newcastle United host West Ham having won the corresponding fixture 3-2 in April.