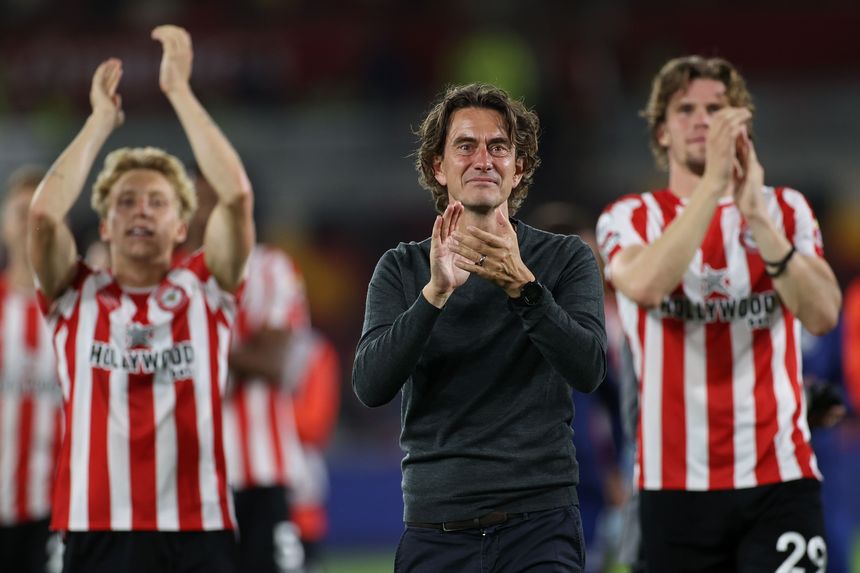 Owen: Brentford can challenge anyone if they play like that
What's new in 2021/22: Brentford add 60th stadium
Opening Canos strike makes history for Brentford

Brentford wrote themselves into Premier League history with Friday's 2-0 win against Arsenal on their debut in the competition.

Goals from Sergi Canos and Christian Norgaard ensured Thomas Frank's side joined an elite group of clubs who have won their first Premier League match.

Since the competition's inaugural season, Brentford are the 28th team to earn promotion and take part for the first time, and they became only the seventh of those to win their opening match.

The previous team to achieve that feat were Huddersfield Town. Like Brentford, the Terriers went straight to the top of the table when they beat Crystal Palace 3-0 at the start of 2017/18.

Before then, Blackpool made a real splash when they triumphed 4-0 at Wigan Athletic in 2010/11.

See: How every club have fared on opening weekend

History suggests a winning start is a strong indicator that a debut club will ultimately stay up.

After all, of the six previous teams who have won their opener, five retained their Premier League status.

However, success in that first match certainly isn't everything.

After all, Blackpool were relegated despite their impressive debut. And while 18 of the 27 debut clubs have lost their opening match, half of those have stayed up regardless.

Brentford's victory against the Gunners could also contribute to a record-breaking weekend in another way.

If Watford and Norwich City add points from their respective matches at home to Aston Villa and Liverpool, 2021/22 would be only the second season where the three promoted teams have claimed more than four points combined on the opening weekend.

The only time this has happened was in 1997/98 when Bolton Wanderers and Palace each won to return six points.