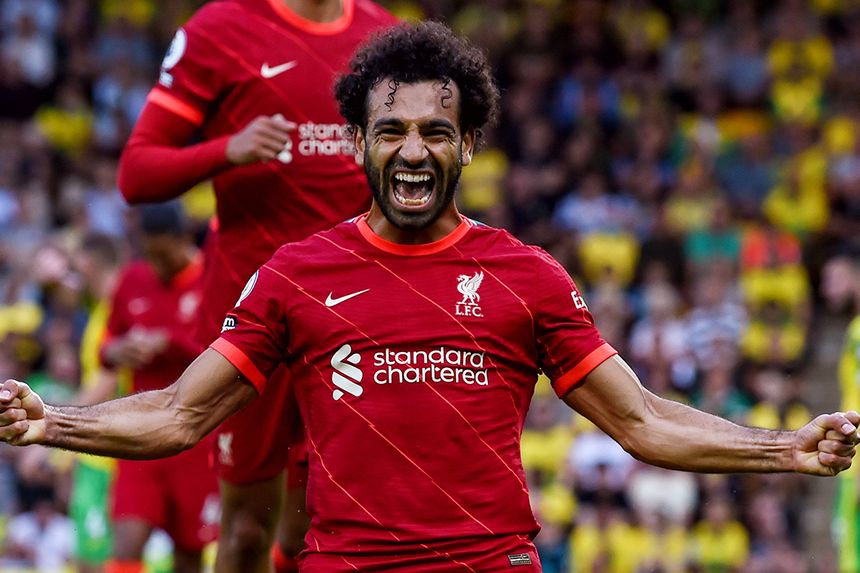 With his goal in Liverpool's victory at Norwich City on Saturday Mohamed Salah set a Premier League record.

After providing assists for both Diogo Jota and Roberto Firmino in the 3-0 win, the Egypt international found the net himself to become the first player to score in five successive opening weekend matches.

Salah's 74th-minute strike propelled him past the previous mark of four Matchweek 1 goals that he shared with Teddy Sheringham, who achieved the feat between 1992/93 and 1995/96.

The Reds forward is also closing in on the record for total goals scored in the opening match of a campaign.

With his strike at Carrow Road, Salah moves to within one goal of the record held jointly by Alan Shearer, Frank Lampard and Wayne Rooney.

Those three Premier League legends each scored eight goals on opening weekends, and could soon also be joined on that tally by Jamie Vardy.

The Leicester City striker's only goal of the match against Wolverhampton Wanderers earned him his seventh opening weekend goal in 10 seasons.