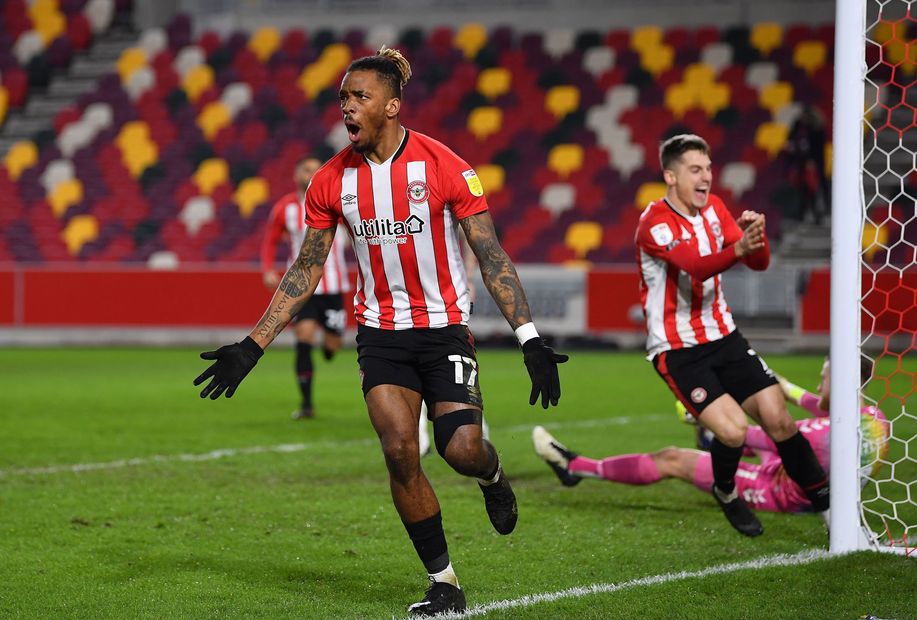 Breaking the Championship record for the most goals scored in a season, Ivan Toney is Brentford's shining light as they head into a debut Premier League campaign.

The 25-year-old, signed from Peterborough United last summer as a replacement for Ollie Watkins, tore the division apart, netting 33 times in 47 starts.

Nine of Toney's 23 non-penalty goals were scored from inside the opposition six-yard box.

He has good anticipation and naturally takes up excellent positions inside the danger zone.

The Brentford star is also a fiercely determined individual who regularly uses his strength to overpower defenders, or to help him get across his markers when a ball flies across the face of goal.

Top-flight defenders will need to watch out for the striker beating them to the flight of the ball at the near post, which is a particularly fruitful domain from corners and wide free-kicks.

Toney's impact is not just restricted to headers or tap-ins from close range.

He is a match-winner who can run beyond the last defender to score in 1v1s and is also a wonderful volleyer of the ball.

A number of his strikes were from clinical half or full volleys last season.

More than just a scorer

Toney's reputation as a predatory finisher is well-earned but he offers Thomas Frank's side so much more than goals.

He enjoys testing central defenders physically, backing into them to hold the ball up or to flick longer passes on to a team-mate.

The striker can also drop into pockets to receive passes on the half-turn.

These target-man qualities allow Brentford to move the ball forward quicker and in a more direct manner when it suits them.

Brentford's leading marksman is also unselfish, and has provided a stream of quality assists during his first season at the club.

Toney's 10 assists were delivered in a variety of ways; from through-balls, crosses, link play and, on more than one occasion, from clever tee-ups at the far post.

If the striker is unable to shoot when he peels off towards the back stick he is adept at cushioning passes for an onrushing team-mate.

The centre-forward was directly involved in more than half of Brentford's goals last season, making him by some distance their most important player.

In general play and inside the box his influence was very consistent.

If his game continues to develop at this pace Toney will prove a serious handful for Premier League defenders in 2021/22.