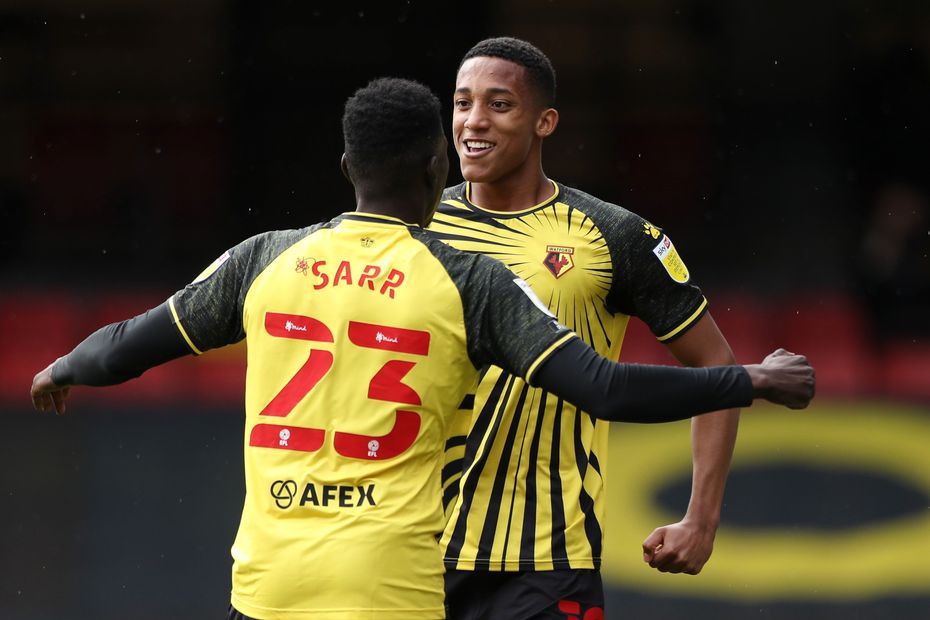 Adrian Clarke looks at key tactical elements of the three clubs promoted to the Premier League for 2021/22.

For the majority of last season Watford changed between 3-5-2 and 4-4-2 formations and never looked fully at ease in either.

But from February onwards, following December's appointment of head coach Xisco Munoz, they settled on a 4-3-3 system and never looked back.

It was a balanced shape that suited their players and helped to transform the quality of their football.

Will Hughes, who had been used out of position at times, looked far more comfortable pulling the strings as the anchor of a midfield trio.

In attack, Watford moved away from using captain Troy Deeney as an automatic pick.

Munoz used the 4-3-3 system in 17 of the final 18 matches, and Watford won 13 of them to cruise to automatic promotion.

One of Watford's strongest areas is their right wing.

Full-back Kiko Femenia and wide forward Sarr have struck up a wonderful understanding and tormented a number of Championship sides.

With him on the right and Sema on the left, the Hornets will offer a serious counter-attacking threat this term.

Sarr revelled in the 4-3-3 formation, scoring 13 goals and adding four assists last term, with eight of his strikes coming during a terrific run-in.

They won 12 out of their 13 home matches under Munoz, keeping 11 clean sheets and conceding only three goals.

Indeed, across last season as a whole Watford earned 59 points at Vicarage Road, 11 more than any other club in their home matches.

Visiting teams will certainly have a fight on their hands in Hertfordshire this season.