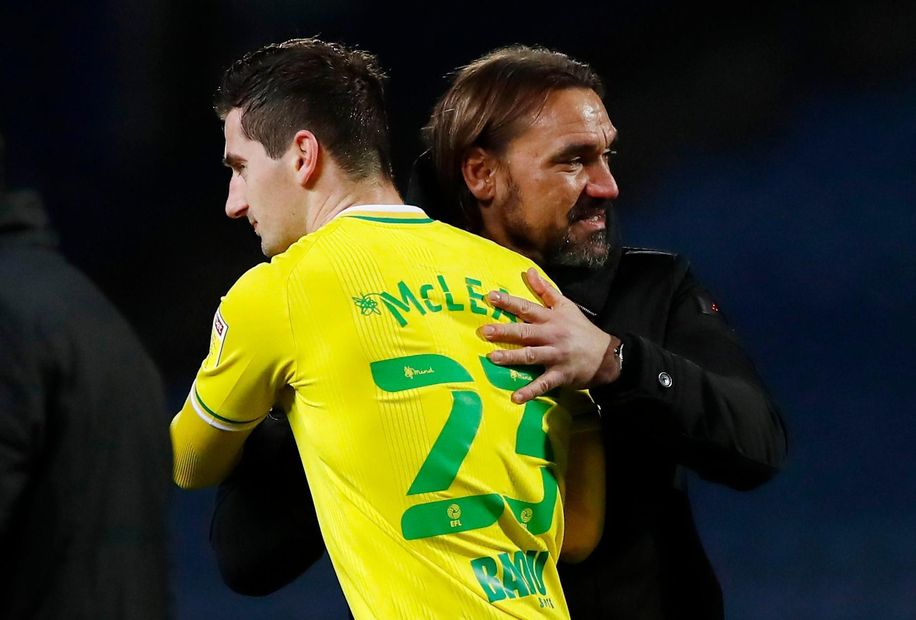 Adrian Clarke looks at key tactical elements of the three clubs promoted to the Premier League for 2021/22.

The Canaries return to the top flight a more streetwise and defensively secure team.

When they finished bottom of the Premier League in 2019/20, Norwich were too open without the ball.

They conceded 75 times, eight more than any other side.

That followed a campaign when they let in an unusually-high 57 goals en route to the Championship title.

Head coach Daniel Farke knew he needed to address the issue last summer and his tactical adjustments have made a significant difference.

There are several reasons for Norwich’s improvement.

Individual mistakes were reduced, their shape was more compact and they worked hard on defending set-pieces, which had cost them too many goals.

The development of two excellent defensive partnerships down the centre of the pitch proved vital.

There was also a resilient partnership behind them in Grant Hanley and fellow centre-back Ben Gibson, a loan signing from Burnley whose deal will now become permanent.

Learning from previous mistakes, Norwich are likely to show less naivety from a defensive standpoint this time around.

His side still attack with great confidence, forming clever triangles and getting the better of opponents with their sharp movement.

No team attempted more shots than Norwich in the 2020/21 Championship, and they also made the most passes, while averaging 58.3 per cent of the possession in their matches.

Just as they did during their last stint in the Premier League, Norwich will field two adventurous full-backs and look for opportunities to slide passes in behind for the clever runs of striker Teemu Pukki, who scored 11 times in their last top-flight campaign.

Norwich have a smart head coach, lots of talent and a clearly-defined style, but they must still recruit well if they are to avoid another relegation battle.

Their chief creator Emiliano Buendia has been sold to Aston Villa, while other key positions that were occupied by high-quality loan players need to be filled.

The Canaries must seek out top-class recruits and also bring in another striker so they are not too reliant on the goals of 31-year-old Pukki.

It looks set to be a busy transfer window at Carrow Road.