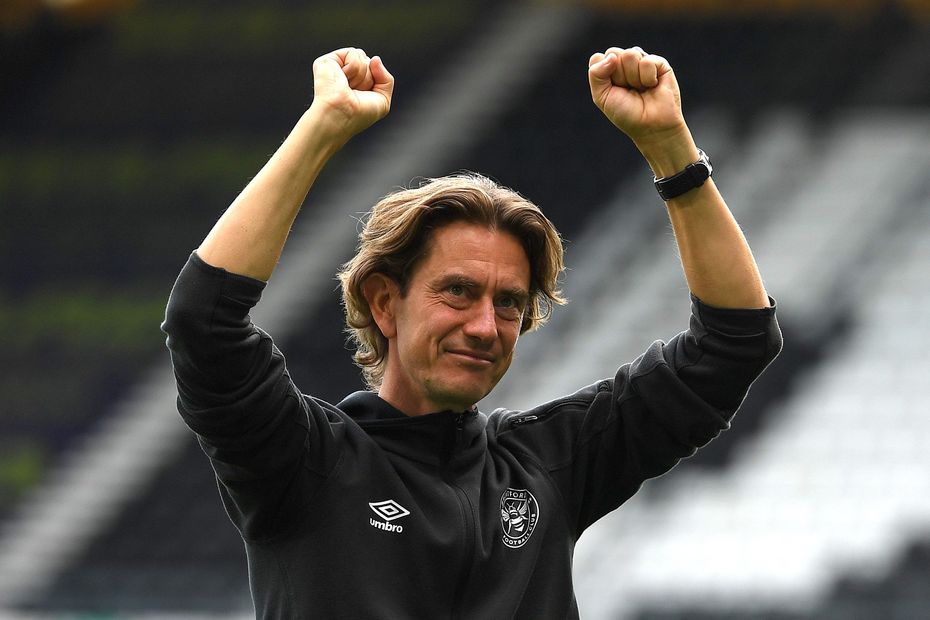 As Bees become the 50th Premier League club, we look at how teams performed in their debut campaigns

Brentford have become the 50th Premier League club after winning promotion via the Championship playoffs, and history shows they can be optimistic about making an impact in their debut season in the competition.

Of the 27 clubs who have been promoted to the competition since its inaugural season, more than half, or 55 per cent, stayed up in their debut campaign.

Indeed, four of the five most recent debut clubs avoided an immediate return, and eight of the last 11.

In the last 10 appearances in a debut season, the new clubs have averaged 40 points, a total which would have kept them up in each of the last 10 campaigns.

Thomas Frank's Brentford team will be the first to make their debut in the competition since Brighton & Hove Albion and Huddersfield Town both did so in 2017/18.

Both clubs avoided relegation that season. And, while Huddersfield went down in 2018/19, Brighton's ongoing presence in the Premier League gives Brentford something to aspire to.

Since winning promotion, the Seagulls have established themselves in the Premier League, enjoying four consecutive seasons and twice finishing 15th.

Brentford could aim even higher than that. After all, Newcastle United, Reading and Wigan Athletic each claimed top-10 finishes at the first attempt.

Newcastle's debut season in 1993/94 proved historic in more ways than one.

The 34 goals of Golden Boot-winner Andrew Cole remains a total yet to be beaten in a single campaign, and his contribution helped Kevin Keegan's side to third spot, a competition-high finish by a new Premier League club.

And Brentford have every reason to believe their stars will score goals, too.

A number of former Bees forwards have stepped up from the Championship to perform in the Premier League over recent years, including Aston Villa's Ollie Watkins, Brighton's Neal Maupay and West Ham United's Said Benrahma.

Meanwhile, Frank's team were the most prolific side in the Championship last season, scoring 79 goals in their 46 league matches before netting another five in the playoffs.

Ivan Toney led the way with 33 league goals this season, including one in the playoff final.

Having made two Premier League appearances for Newcastle in 2015/16, the 25-year-old striker will be looking forward to having another crack at the top flight.

But the goals have been shared around the Brentford squad, with 17 different players getting on the scoresheet in all competitions last season.

If they can maintain this attacking verve, they can look forward to their debut PL campaign with optimism.