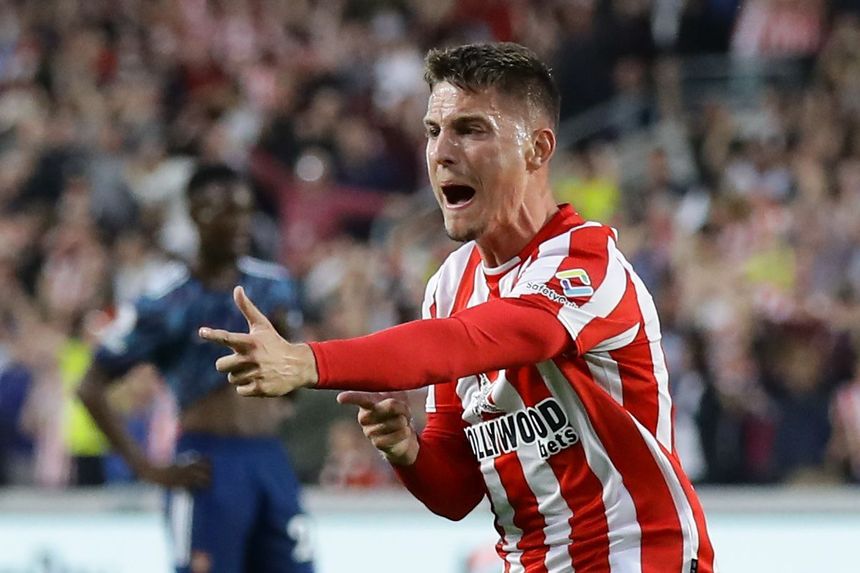 Against Arsenal, midfielder becomes first player to score opening goal of a season for a new PL club since 1992/93

Ankersen: We believe we can make our mark

Sergi Canos wrote himself into the history books with a hat-trick of firsts when he scored the opening goal of the 2021/22 Premier League season for Brentford in their 2-0 win over Arsenal.

The Spanish midfielder's 22nd-minute strike ensured that the Bees became the first promoted club to open the scoring in a top-flight campaign since Hull City in 2016/17.

Canos's effort - Brentford's first ever Premier League goal - was also the first time that a new club in the competition have netted first in a PL season since the inaugural 1992/93 campaign.

The last Spaniard to net the first goal of a Premier League season was Swansea City's Michu in 2012/13.

Arsenal's Alexandre Lacazette missed the trip to Brentford and was denied the opportunity to extend a Premier League record, having become the first player to score the opening goal of a campaign for two PL seasons in succession.

The Frenchman had previously achieved the feat on his Arsenal debut at home to Leicester City in 2017/18, before striking at Fulham in 2018/19.

Opening scorers for each PL season