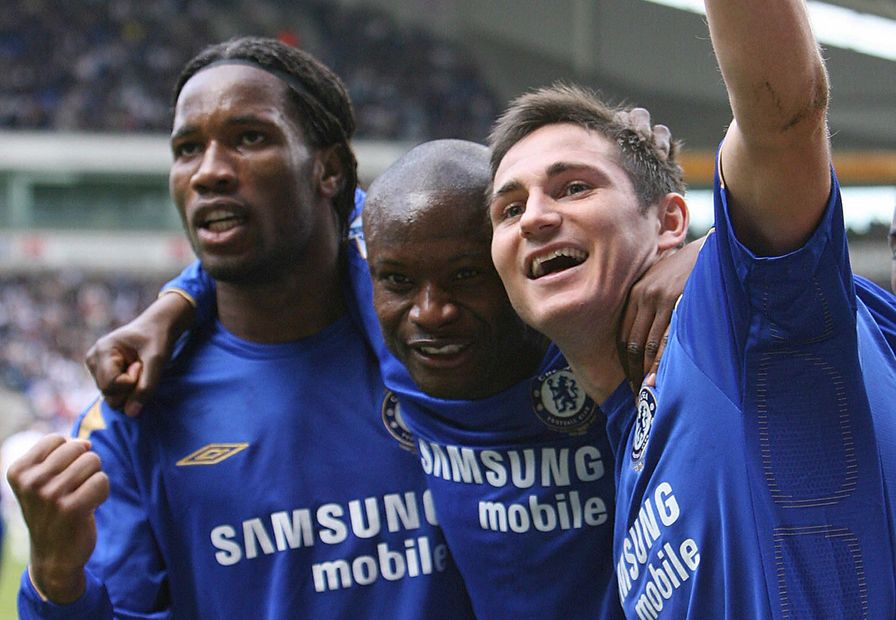 Frank Lampard has plenty of goals to choose from when picking his favourites in the Premier League, having scored 177 times in the competition. But two stand out, and they were scored on the same day for Chelsea.

"My favourite goals are the two goals I scored against Bolton when we won the league in 2005," says Lampard, the latest inductee into the Premier League Hall of Fame.

"They meant so much to me personally, but more importantly it was what they meant to the club and the fans to win the league that year.

"Chelsea had not won the league for 50 years and we had a really strong, young and ambitious team. The celebrations with the fans on that day will stay with me forever."

Lampard is the highest-scoring Premier League midfielder of all time, an achievement he earned through a combination of natural ability and sheer graft in training.

"The key for me was practice and hard work," he says. "I had a talent for arriving and scoring goals.

"I had done it in all the teams that I played for, but to score consistently over that period in the Premier League was mostly down to my hard work and dedication to constantly improve."

Lampard's team-mates at West Ham United, Chelsea and Manchester City also profited from his desire to be the best he could, as he racked up 102 assists in addition to his own finishes.

"People always talk a lot about my goals but I was just as proud to provide assists for team-mates and it was a big part of my game," he says.

"I was fortunate to play with great players and had a particularly great relationship with Didier Drogba for so many years.

"We would look for each other and know the moves that the other was going to take. Those relationships on the pitch are beautiful!"

The PL titles Chelsea won in 2004/05 and 2005/06 followed the arrival of Jose Mourinho as head coach and further recruitment of overseas talent such as Drogba, Arjen Robben and Michael Essien.

"It’s so difficult to win back-to-back titles but Jose instilled that belief in us, and the squad had huge talent and a great mentality," Lampard adds.

"It certainly pushed me personally when Chelsea started recruiting top talent from around the world. To remain playing consistently well in a team like Chelsea, with the squad we had, was a big challenge and one that I relished.

"We all worked hard and were ambitious, so in a way I think we all pushed each other to be the best we could be.

"It was the norm for players to stay after training and continue working and that is the mentality you need to become winners."

Lampard is one of six players who have been voted into the Hall of Fame by the public and the Premier League panel, out of a 23-man shortlist.

He has received the honour alongside Eric Cantona, Roy Keane and Dennis Bergkamp, who have all joined the inaugural inductees Alan Shearer and Thierry Henry in the Hall of Fame.

Follow @premierleague and #PLHallOfFame on social media for news of the final two inductees for 2021, who will be announced tomorrow.