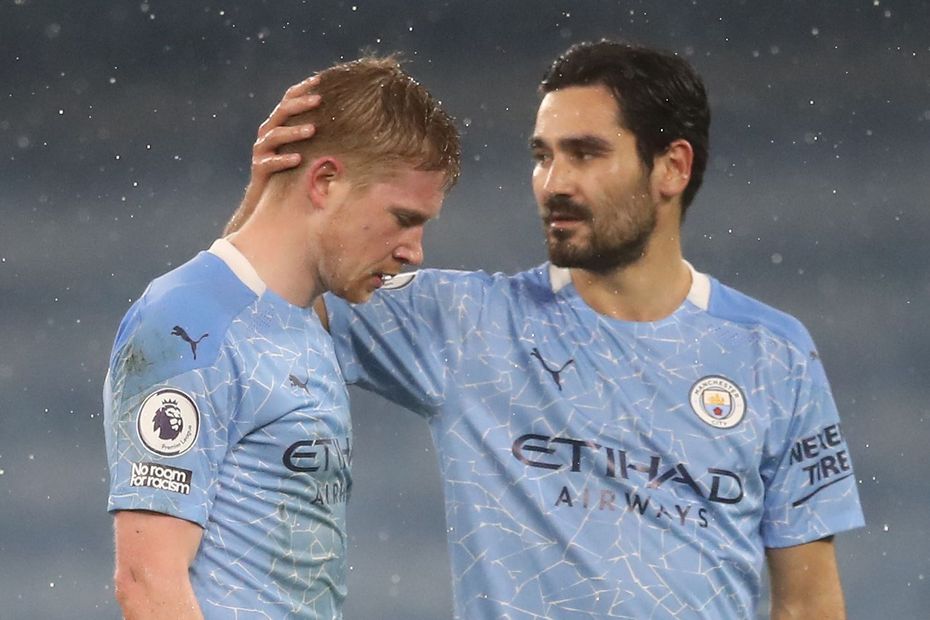 The progress of English clubs in European competition this season has come at a cost for managers in Fantasy Premier League.

Domestic rotation has hit hard recently, with Arsenal, Chelsea and both Manchester sides all reaching the last four in their respective tournaments.

For Manchester City, a mere two players have started their last four Premier League matches, with those being Ederson (£6.1m) and Gabriel Jesus (£9.2m).

By comparison, their two most popular attackers in Fantasy, Kevin De Bruyne (£11.9m) and Ilkay Gundogan (£5.7m), have each now started just one of their last five encounters.

Pep Guardiola’s side hold a 2-1 first-leg lead over Paris Saint-Germain in the UEFA Champions League semi-finals.

If they make it to the final, more rotation is highly likely.

Chelsea’s UEFA Champions League semi-final against Real Madrid is finely balanced at 1-1 ahead of this week’s second leg.

And their progress to the FA Cup final has made their first XI the most difficult to anticipate.

Meanwhile, Pierre-Emerick Aubameyang (£11.3m) was Arsenal's top performer in Sunday's 2-0 win at Newcastle United, claiming 12 points in Fantasy thanks to his goal and assist.

Yet this was his first appearance in the Gunners' last four Premier League matches.

Granit Xhaka (£5.2m) and Dani Ceballos (£4.7m) are the only players who have started all of those contests.

Manchester United have been the exception, with eight players starting their last four contests.

However, along with Arsenal and Chelsea, they are currently among eight sides set for a Double Gameweek 35.

That busy schedule could force more managers to turn away from those sides still involved in Europe and look for more secure picks for the final four Gameweeks of the season.