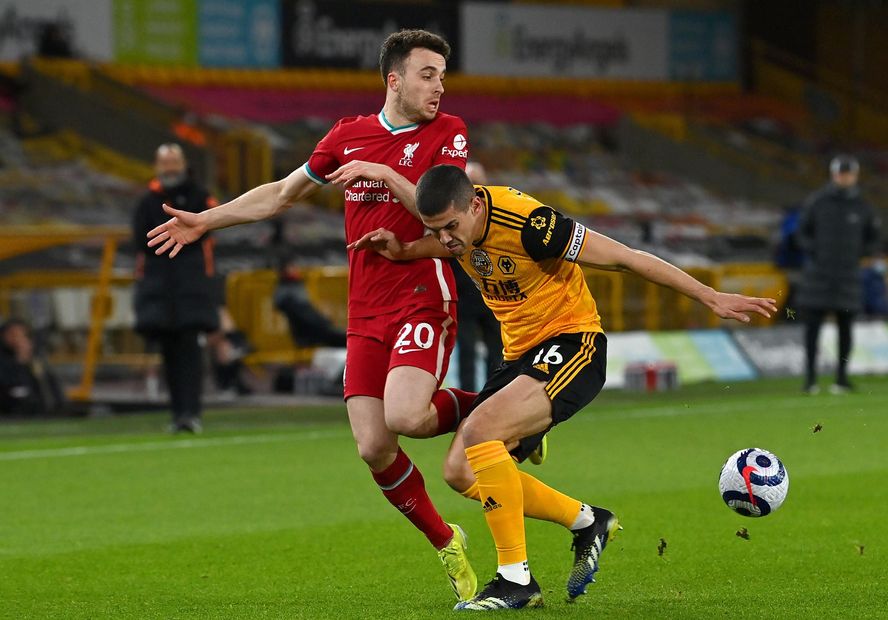 As hundreds of thousands of managers move for Jota, The Scout's panel reveal their key picks

With Diogo Jota (£6.8m) being the most-bought Fantasy Premier League player ahead of Gameweek 31, The Scout's panel of experts give their verdicts on who managers should be targeting ahead of the deadline of 18:30 BST on Friday 9 April.

Jota may not score as many points from now to the end of the season as Mohamed Salah (£12.4m), but at worst, he won't be far behind. Given the price difference, he's a better pick.

Mason Mount (£7.1m) is another option who is quietly keeping the goals coming and has some great fixtures.

Jota was outstanding in coming off the bench against Arsenal. He's someone I think is bordering on essential, given his price and the Liverpool fixtures.

Conor Coady (£4.8m) is another player I'm targeting. Having a strong defence is made achievable by Jota's price tag and Wolverhampton Wanderers’ fixtures look set to provide some clean sheets.

Liverpool's performance against Arsenal was really encouraging. Fabinho (£5.4m) back in his best position means the full-backs and Thiago (£5.5m) all feel comfortable attacking without fear of making a mistake, because the Brazilian will cover.

The service from that trio will only benefit the front three, who also pressed with higher energy.

Time will tell if Liverpool are "back", but the signs are really encouraging. I'll be investing in Jota and Alexander-Arnold on my Wildcard this week.

At that price point, Jota looks near-essential and will enable us to go for premium defenders such as Alexander-Arnold.

Arsenal were terrible, so although Liverpool's fixture list is kind, I wouldn't get too excited.

I'd be more inclined to buy back Alexander-Arnold or Salah rather than go for a guy who didn't even start in Gameweek 30.

In terms of points per match (ppm), Jota's 5.3ppm is only behind Salah's 6.3ppm for Liverpool. Jota's their second-highest goalscorer despite playing far fewer minutes than others, and at his price he is a fantastic option.

I am also considering James Maddison (£7.1m) in midfield after he returned from injury as a substitute at the weekend. Leicester City's playmaker has five goals and three assists in his last nine starts and faces West Bromwich Albion, Crystal Palace, Southampton and Newcastle United over Gameweeks 32-35.

I can't find the cash for Salah or Alexander-Arnold but I'm totally up for investing in Liverpool.

While preparing my Wildcard, I have Nathaniel Phillips (£4.0m) and Jota for their excellent coverage over a great fixture run. Outside of those two, who are bargains for the price, I'm looking at Jamie Vardy (£10.1m) and Mount.

The Liverpool performance was very good and I expect them to finish strongly this season, especially with Fabinho in midfield. I like the trio of Jota, Salah and Alexander-Arnold as picks and, outside of Liverpool, I really like Mason Greenwood (£7.0m) as a differential for the run-in.