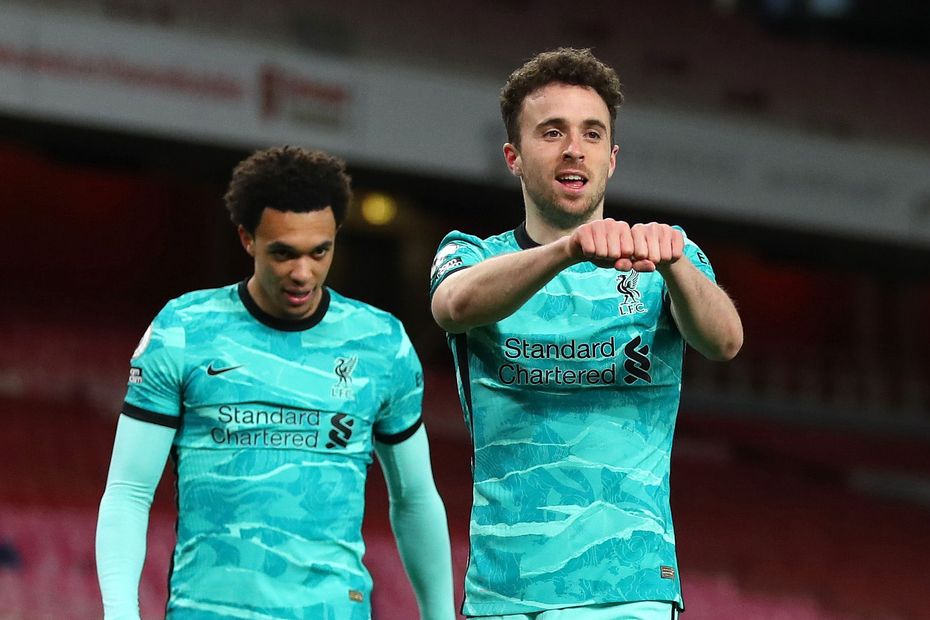 Two goals against Arsenal have made Diogo Jota (£6.8m) the top target for managers in Fantasy Premier League ahead of Gameweek 31.

The Liverpool midfielder claimed his season-high haul of 12 points in Saturday's 3-0 win.

That has earned Jota over 245,000 new owners, more than five times the amount of any other player ahead of Friday’s 18:30 BST deadline.

The Portuguese's brace against Arsenal took his tally to five goals in his last seven Gameweek appearances.

When selected, Jota has been involved in 50 per cent of Liverpool’s goals this season, identical to the premium-priced Mohamed Salah (£12.4m).

At a cost of just £6.8m, he has the form and fixtures to provide outstanding value over the remainder of the campaign.

According to the Fixture Difficulty Ratings (FDR), only one of Liverpool’s final eight matches scores more than three.

That schedule also raises the appeal of the Reds’ other key players in both attack and defence.

Salah’s goal against the Gunners leaves him just one behind Harry Kane (£11.6m) in the race for the Golden Boot.

The right-back has claimed 21 points in his last two appearances and is finally showing the form that made him the top-scoring defender in Fantasy last season.