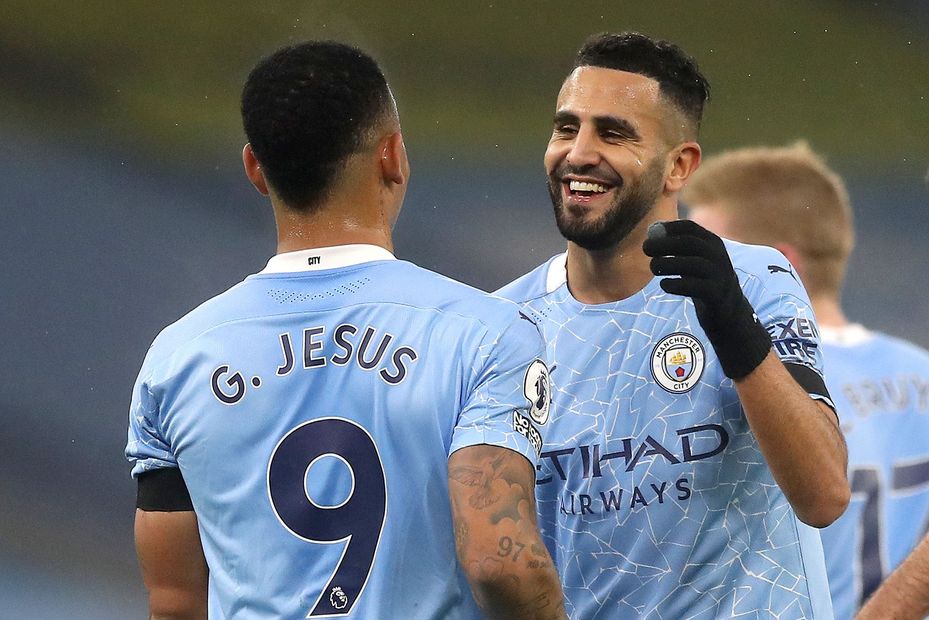 Both are owned by just 3.5 per cent of managers ahead of Saturday’s 11:00 GMT deadline.

They underlined their explosive potential with double-figure returns in Tuesday's 4-1 home win over Wolverhampton Wanderers.

But it was Mahrez who was the star performer over Man City’s two Gameweek 26 matches.

With a Double Gameweek 27 up next against Manchester United and Southampton, Fantasy managers will keen to invest in Man City's key assets but wary of Pep Guardiola’s rotation.

Popular pair John Stones (£5.2m) and Ilkay Gundogan (£6.2m) were named among the substitutes on Tuesday.

This came on the back of benchings for Joao Cancelo (£6.2m) and Raheem Sterling (£11.6m) against West Ham.