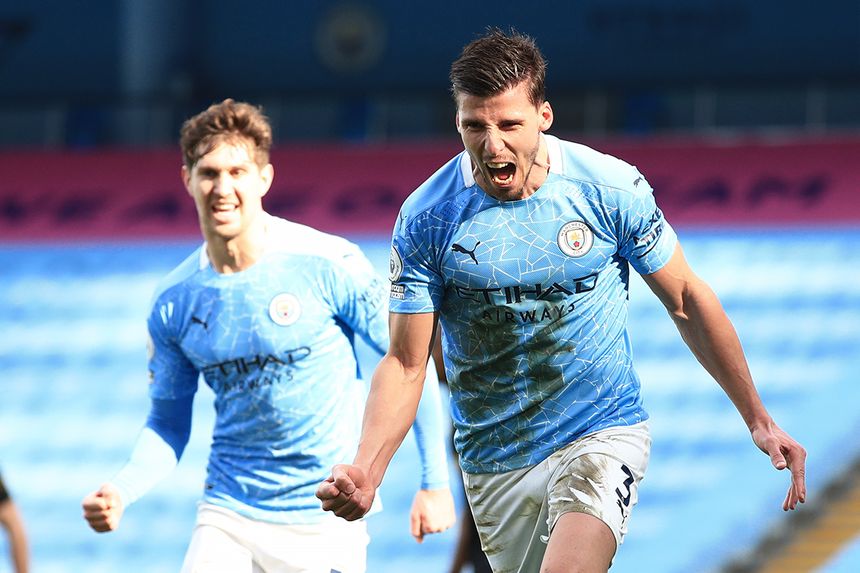 The centre-backs each found the net in the 2-1 home win over West Ham United, earning two bonus points apiece on Saturday afternoon.

GW26 goals for Dias and Stones

And their prospects for more big hauls look encouraging.

Not only do Man City still have a home encounter with Wolverhampton Wanderers in the second match of Gameweek 26, they also play twice in Gameweek 27.

Once again, they are at home on both occasions, as they entertain Manchester United and Southampton.

More joy at the back

But it is Kyle Bartley (£4.4m) who is currently the top-scoring player in the Gameweek.

West Brom No 1 Sam Johnstone (£4.5m) collected 10 points as Sam Allardyce’s side recorded their second successive shutout ahead of their midweek home match with Everton.

Elsewhere at the back, Emiliano Martinez (£5.3m) extended his lead at the top of the goalkeeper standings in Fantasy.

Martinez's team-mate Anwar El Ghazi (£5.3m) was among only three midfielders or forwards in Fantasy to score on Saturday.

The winger’s decisive goal at Elland Road earned him 11 points ahead of Villa’s visit to Sheffield United on Wednesday night.

All five of his goals this season, and his single assist, have come in his last nine appearances.

He was the sixth-most sold player in the Gameweek, moved on by 311,000 managers.

Antonio has scored four goals and supplied three assists in eight appearances since returning to the Hammers’ starting line-up in Gameweek 19.