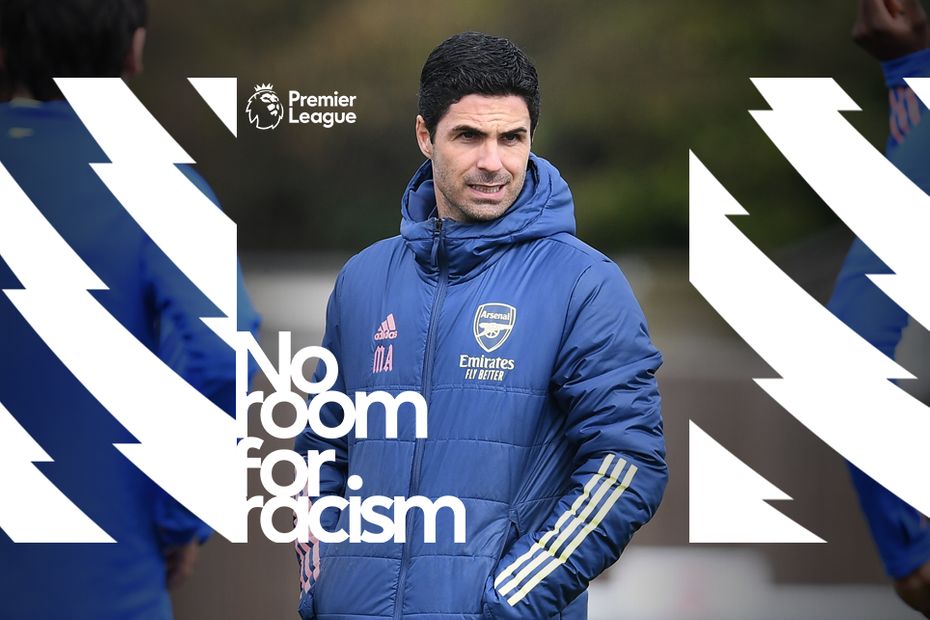 For Mikel Arteta, Premier League players should not have to experience the pain of being abused online, and he has called on social media companies to do more to combat the issue.

Crystal Palace manager Roy Hodgson and Premier League Chief Executive Richard Masters have urged social media companies to do more to fight racism, something that Arteta supports to protect the mental health of those affected.

'Social media has a big responsibility'

"There are all types of different abuses and I think it has to be eradicated completely," said the Arsenal manager. "I think social media has a big responsibility on that, because then you talk about the mental health of the players and the public and how exposed they are.

"I am all open and I'm for people to have their opinions, but not just to be insulting people, abusing people and using a screen on somebody's mobile phone to tell them whatever you want, to a person that you don't even know.

"So I think we have to be really strong on that and I think you guys [the media] as well have a big part to play to support us and the industry here."

The Premier League and clubs encourage fans to continue to play their part in the fight against racism by reporting it whenever they encounter it.

As part of its No Room For Racism initiative, the League has produced free learning resources in the Premier League Primary Stars programme for schools and families to help educate children about diversity, inclusion and racism.

Those resources include players such as Dominic Calvert-Lewin, Conor Coady and Michail Antonio speaking about the impact of racism and the importance of diversity, to inspire and teach young people.