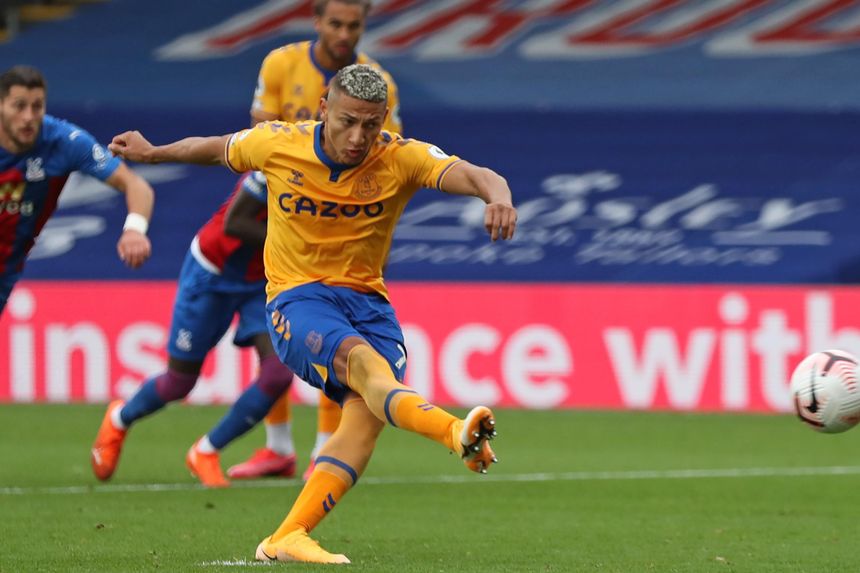 The Scout's panel of experts reveal how they plan to react to the increase in penalties being awarded so far in Fantasy Premier League this season.

You can now find out who is on the all-important penalties, free-kicks and corners for each of the 20 clubs by clicking on "The Scout" tab and "Set Pieces " in a web browser and via the "Set Piece Takers" button on the main menu of the FPL section of the app. This is updated on a weekly basis so you can stay on top of which players might deliver extra points.

This season is like no other when it comes to the level of penalties. This is impacting the decisions I make as I find myself wanting to fill my team with the penalty-takers from each side.

Manchester United have a history of winning and scoring penalties, so Bruno Fernandes (£10.5m) feels like a great option. Likewise, Jamie Vardy (£10.0m) has scored a brace of penalties twice in three Gameweeks. Mateusz Klich (£5.6m) at Leeds United also looks a great option at a smaller budget point.

As FPL managers, we need to adapt. That means we need to look at penalty-takers closer than we did. The likes of Kevin De Bruyne (£11.6m) and Mohamed Salah (£12.1m) just became more indispensable.

Now we know Richarlison (£8.0m) is on penalties for Everton, he is worth the £0.6m more than Dominic Calvert-Lewin (£7.4m). When in doubt, go with the penalty-taker.

Am I targeting penalty-takers? Absolutely! The one I'm targeting right now is Danny Ings (£8.4m). Southampton’s fixtures look great, and next up they host a very leaky West Bromwich Albion side. That's captaincy material right there!

A player taking penalties is normally a bonus in assessing their worth, but it now feels a big factor. I may break my double-up on Man Utd and swap Anthony Martial (£8.9m) for Richarlison, now I know the Brazilian is Everton's taker.

There are a bunch of attractive premium options available who may be even more desirable if this trend continues. If you want to be able to afford Vardy, De Bruyne or Fernandes then you may want to add Callum Robinson (£5.5m) as an enabler who can get some points in his own right.

I'll be looking to bring in penalty-takers who also have a track record of scoring goals from open play. Players who fall into that category and don't break the bank include Ings, Raul Jimenez (£8.6m) and Chris Wood (£6.5m).

Picking penalty-takers will be crucial. That's why I swapped out Timo Werner (£9.4m) for Jimenez on Saturday night, and I probably now plan to hold on to Fernandes.

I've made my transfer this week, moving from Martial to Jimenez, and the latter being on penalties certainly played a part. I wouldn't say I'm trying to get every penalty-taker in the league, but having Jimenez, Salah and Aleksandar Mitrovic (£6.0m) helps with the way that things are trending.

Picking a penalty-taker will be a crucial factor when I decide on a Werner replacement this week. I'm going to research which sides have the most touches in the box and shots, to predict who will have the most opportunities from the spot.

Vardy has been my best-performing FPL pick so far this season, largely thanks to penalties. I'll be targeting penalty-takers further and looking to move Werner on for a player like Ings or Jimenez this week.