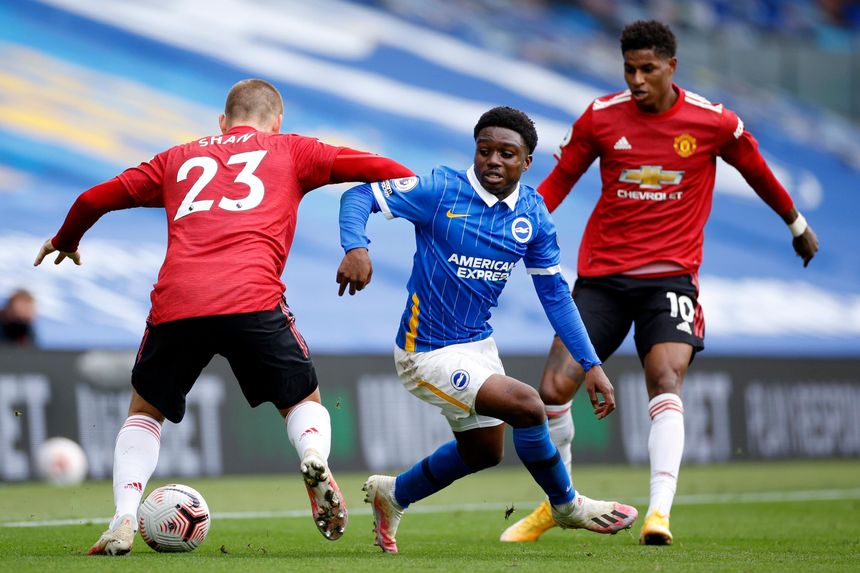 Although the right-back's Brighton & Hove Albion were narrowly defeated by Manchester United, Lamptey's performance has made him the third-most transferred-in player ahead of Gameweek 4.

Lamptey has totalled three assists since the start of the season, second overall among all players in Fantasy.

And his schedule looks promising for more points at both ends of the pitch.

Five of Brighton’s next six matches score no more than three in the Fixture Difficulty Ratings (FDR).

Lamptey's team-mate Neal Maupay (£6.5m) ranks second only to Dominic Calvert-Lewin (£7.4m) for FPL points after his goal against the Red Devils.

Maupay and Man Utd's Bruno Fernandes (£10.5m) both scored from the spot at Amex Stadium.

Targeting those players on penalty-taking duties could be a wise strategy in FPL.

A total of 16 spot-kicks have now been awarded in the opening 22 matches, more than in the first six Gameweeks of last season.

Fernandes, Mason Mount (£6.9m) and Callum Robinson (£5.5m) were the only three players to record double-digit hauls on Saturday.

West Bromwich Albion frontman Robinson is currently the top-scoring player in Gameweek 3 after a 13-point return against Chelsea.

The Baggies have scored five goals in their last two Premier League outings and their budget attacking players could be worth a look.

Indeed, only two of their next nine fixtures are against clubs who finished in the top eight last season.

Southampton were the only side to keep a clean sheet on Saturday, securing a 1-0 victory at Burnley.

Danny Ings (£8.4m) netted the winner at Turf Moor and has scored all three of his goals this season in the last two Gameweeks.

Ings will be among the major captaincy options in Gameweek 4 at home to West Brom, who have conceded more goals than any other side this term.

Everton's Calvert-Lewin was the most-bought player of Gameweek 3 and he rewarded his new owners with his fifth goal of the season in their 2-1 win at Crystal Palace.

His team-mate Richarlison (£8.0m) now seems to be on penalties for Carlo Ancelotti's men, scoring the decisive goal at Selhurst Park from the spot.

The Everton pair have produced 23 and 20 points respectively in the last two Gameweeks ahead of a home encounter with Brighton.