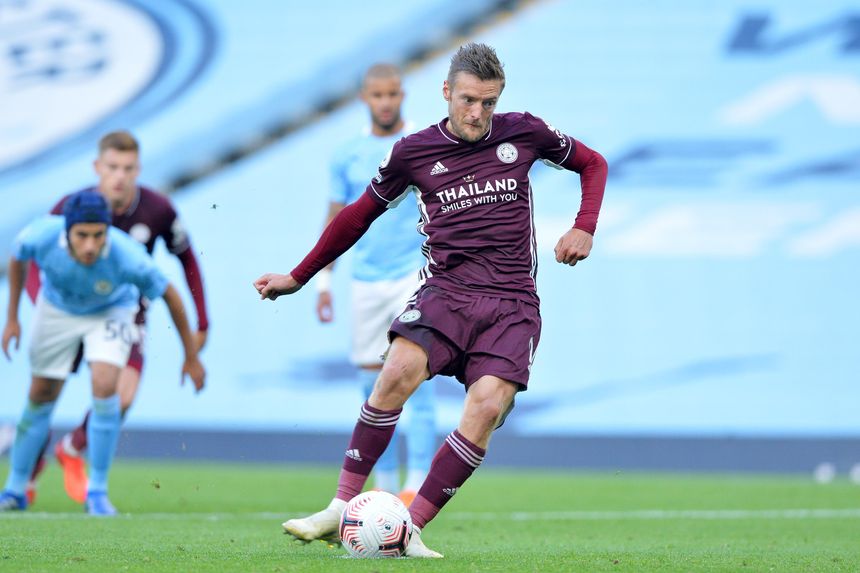 The introduction of a new handball rule has played a part in an increase in the number of spot-kicks this season.

There have been 20 penalties awarded in the first three Gameweeks so far.

That matches the total recorded across the opening nine Gameweeks of 2019/20.

This suggests that targeting players with penalty duties can boost managers’ chances of success over the new campaign.

A pair of converted penalties against Manchester City have helped Jamie Vardy (£10.0m) to the top of the Fantasy Premier League scoring charts.

The Leicester City striker also scored once from open play on Sunday, claiming a hat-trick and a 17-point haul in the 5-2 win at the Etihad Stadium.

Vardy also netted twice from the spot against West Bromwich Albion in the opening weekend of the season.

Incredibly, his total of four converted penalties matches his entire total from the 2019/20 campaign.

The Foxes' frontman has taken just six shots in his first three fixtures, yet his spot-kick duties have helped him score five goals.

You can now find out who is on the all-important penalties, free-kicks and corners for each of the 20 clubs by clicking on "The Scout" tab and "Set Pieces " in a web browser and via the "Set Piece Takers" button on the main menu of the FPL section of the app.

This is updated on a weekly basis so you can stay on top of which players might deliver extra points.

Fernandes off the mark

Vardy is not the only player who has profited from penalties in the opening matches.

Since making his debut for Manchester United in Gameweek 25 last season, the Portuguese has scored five penalties.

His total is joint-top with Vardy in that time.

Next: FPL experts: Consider filling your team with penalty-takers