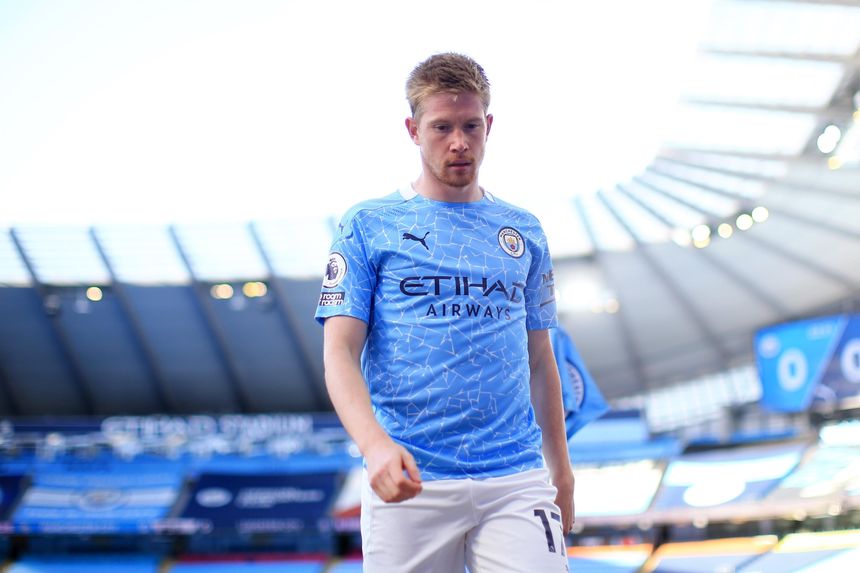 Guardiola: I will find solutions External Link
Your guide to the FPL site
How to check FPL bonus points during matches

The leading points-scorer last season, De Bruyne was both the most captained and third-most transferred-in player after claiming 13 FPL points in his first appearance of 2020/21 in Gameweek 2.

But he and his Man City team-mates were upstaged by Leicester's hat-trick hero Jamie Vardy (£10.0m).

The second-most captained player for GW3, Timo Werner (£9.5m), also blanked despite his Chelsea team scoring three in the comeback 3-3 draw at West Bromwich Albion on Saturday. Transferred out by 429,000+ the German was also captained by more than 804,000.

The onus was on Mohamed Salah (£12.1m) to deliver for Liverpool at home to Arsenal on Monday, as he completed the top three captain picks.

The Egyptian scored twice against the Gunners in the corresponding fixture in 2019/20 and picked up 20 points in the Reds' first home match of the season against Leeds United.

But he was also unable to repeat that feat and picked up five points for his one assist in the Reds' 3-1 win.

Kane registered an assist in Tottenham Hotspur's 1-1 draw against Newcastle United, while team-mate Son missed out on attacking returns and was substituted at half-time with an injury.

Dominic Calvert-Lewin (£7.3m) was the most popular transfer in this Gameweek and his new owners were rewarded as the Everton striker produced at Crystal Palace.

Calvert-Lewin was brought in by 969,000+ managers after scoring four goals in two matches and he delivered with a goal after 10 minutes at Selhurst Park to return six points.

A difficult run of fixtures for Arsenal led to Pierre-Emerick Aubameyang (£11.9m) being sold by over a million managers.

The midfielder picked up his lowest total of 2020/21, only two points in the 3-1 loss at Liverpool, with fixtures against Man City, Manchester United and Leicester in their next four matches.

An ankle injury for Allan Saint-Maximin (£5.4m), who has yet to produce an attacking return this season, prompted over 653,000 managers to part company with the Newcastle midfielder.